I haven't disappeared entirely. I've been on the go, but I'm still here!
My mornings are filled with walking/jogging as the tally of miles on my sidebar indicates. I'm enjoying the cooler temperatures, and the early autumn rains. Rain makes jogging so much easier, in my opinion. 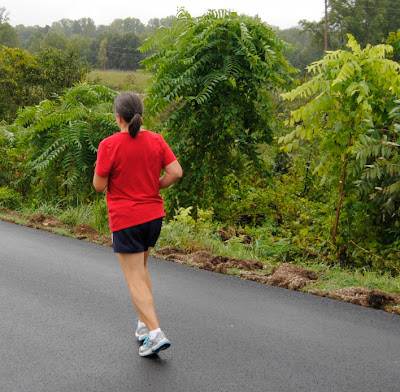 Sometimes, early in the morning you see some strange sights. Scary, too! 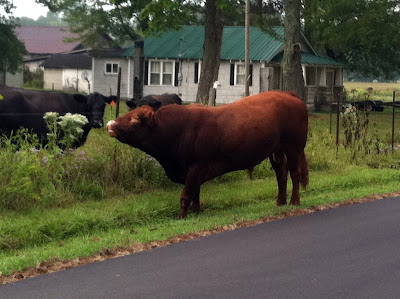 As I approached this bull on the wrong side of the fence my mind raced. I kept thinking, 'I may need to train harder to outrun him'. Thankfully, he didn't feel like running, and was more interested in the ladies inside the fence. 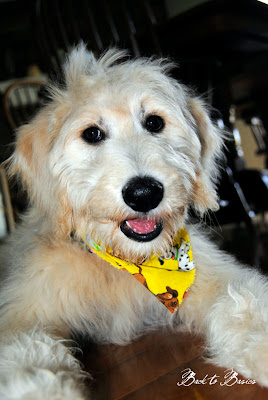 You haven't seen Lucy in awhile. She's cuter than ever and weighs about 29 pounds now. She's four months old, and is losing baby teeth left and right. Thankfully, she's never chewed anything she's not supposed to. We keep a steady supply of bones, and toys around for her. 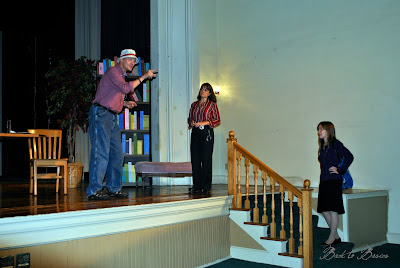 Do you remember me mentioning that I tried out for a play? We performed it five times, with the last two shows being this past Saturday. I made it! I don't know if I'm over my fear of being in front of people, but this certainly helped.
The above photo cracks me up. I realize I'm short. I can't reach into my cabinets, or the shelves in the grocery store. I have to look up at everyone. But still, I don't ever see myself beside someone else. Verne is to the left of me, and a young friend is to the right. While Ashley is petite, she has nothing on me. This photo makes me look as though you could pick me up and put me in your pocket! 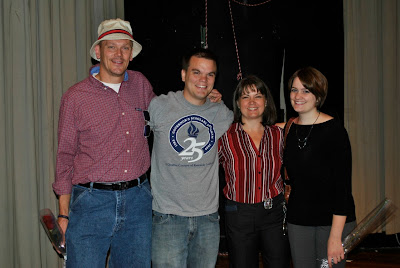 Mac came home for the play which was fitting since it was a murder mystery, and he wrote alternate endings for it so that the audience couldn't have heard from their friends "who-dun-it". It was the first time that we had seen him since he started back to school several weeks ago, and we enjoyed having him home for the weekend. 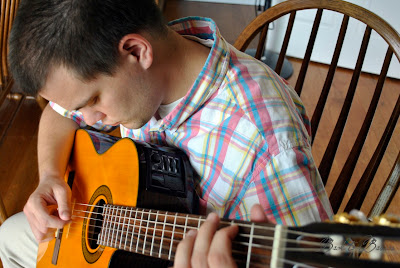 Especially his giggle and guitar playing.
What have you been up to?
Posted by Tracy at 10:16 PM

Geez, girl! You have some muscular calves! All of your running/ walking is doing it's work! :)

So glad that you did the play. I will bet that you had a great time. It's always good to do things that feel a bit scary!

We have been living boring lives compared to you!

Tracy, you are looking so good! That bull would have scared me too. I'm glad your play went well and you do sound busy.

So proud of you for all that running...I really wish I could get into a routine of walking, running or something...
Congrats on your play....