A Trip to the 'Burgh

Verne had a business meeting that just happened to fall the same weekend as The Great Race, so we decided to make a little vacation out of it. We visited with family, went to the Strip District (wholesale shopping!), ate at Primanti Brothers, and went to a Pirate game. They lost the night before and the next afternoon, but they won when we saw them! 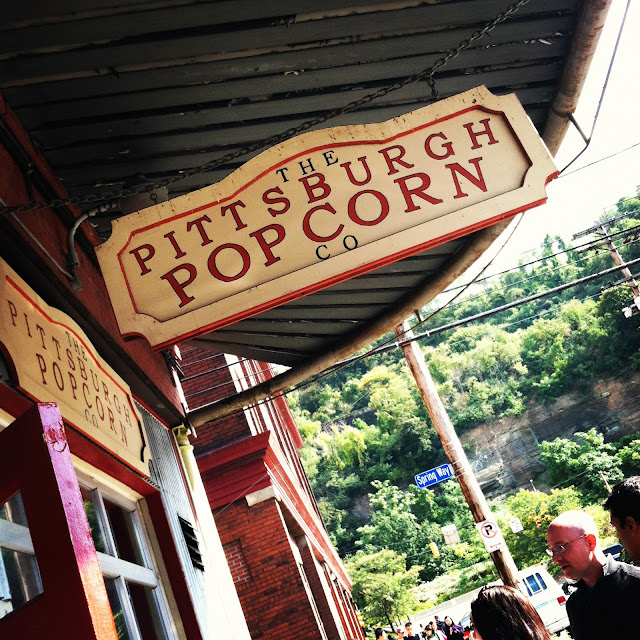 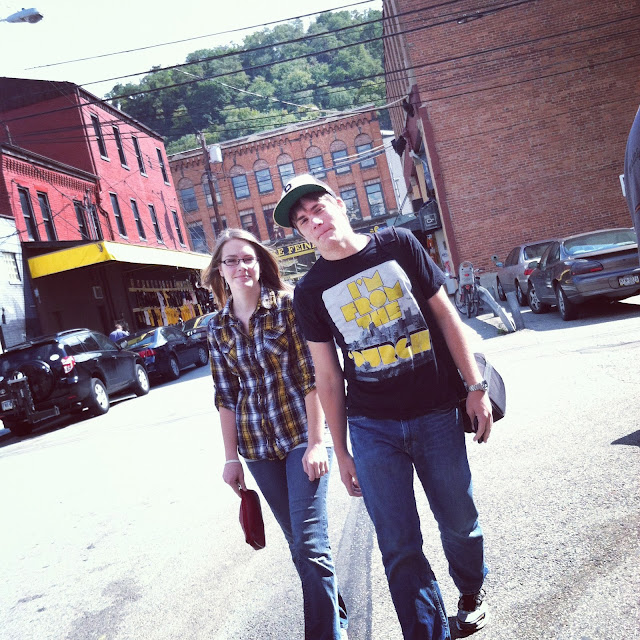 Collin and Abigail had to sport the city's colors, of course! 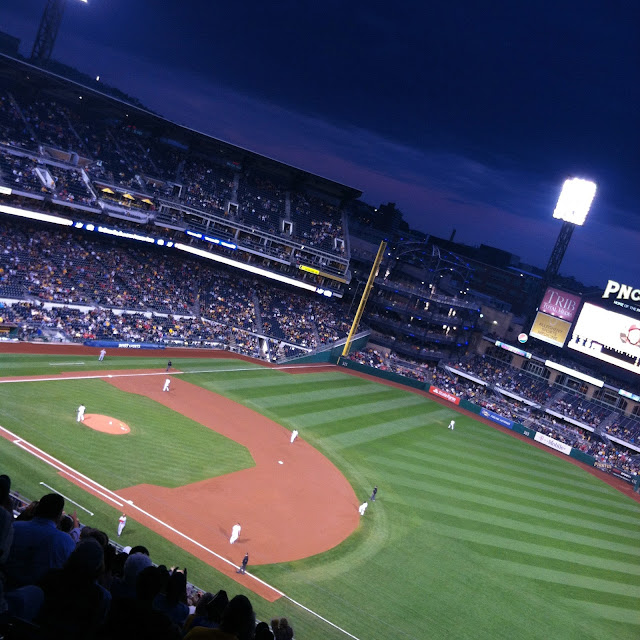 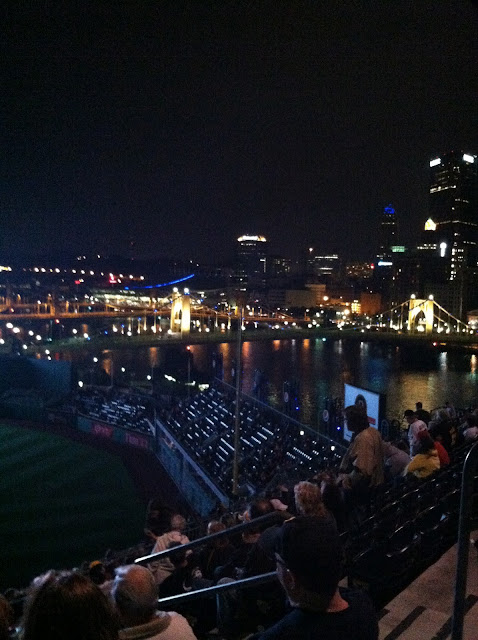 It was a gorgeous, clear night. Not too warm, not too cold. 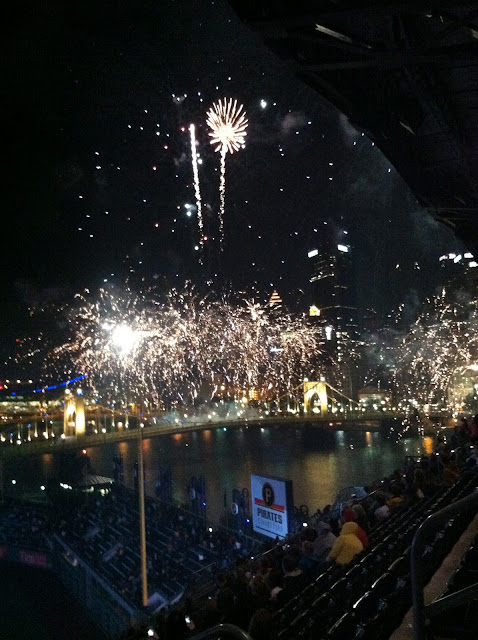 Several months back when we were planning the trip, Collin and I decided to attend Saturday evening's game rather than the Friday game because they were having fireworks and a Lifehouse concert afterward. Verne and I took Mac to see Lifehouse about 10 years ago in Cincinnati, but Collin and Abigail had never been. 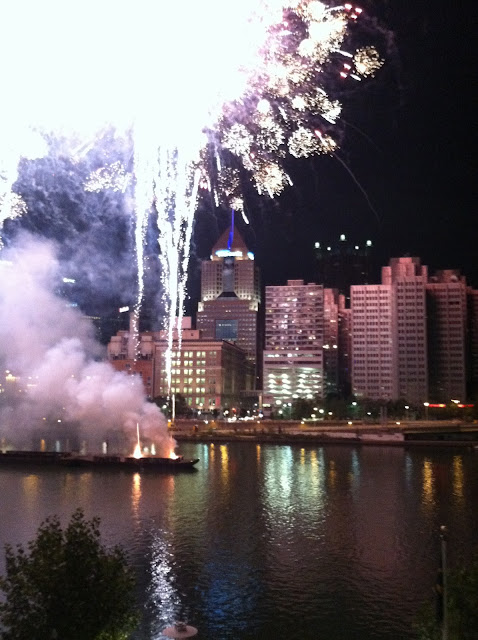 The game, the fireworks, and the concert were all wonderful. The four of us had a spectacular time. 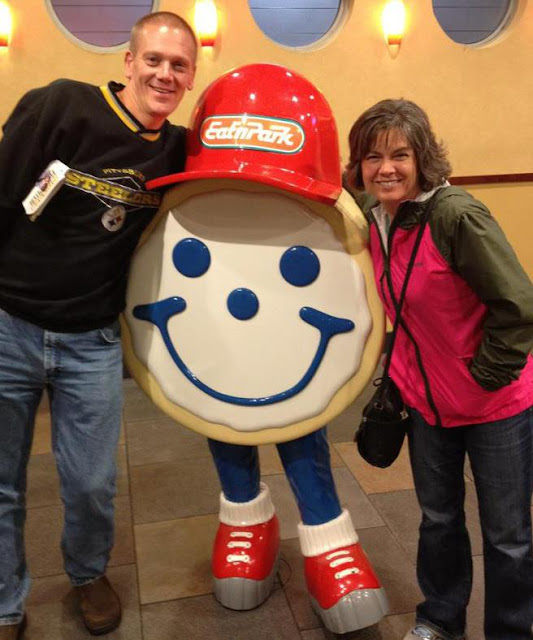 Labels: Family, On the Road

i don't remember the last time i was awake at 1:15am much less having dinner at that ungodly hour. wow.

You might as well have called it breakfast! Loved the photos, Tracy. Abigail is growing up so quickly; she's beautiful!

Are you sure it wasn't an early BREAKFAST? Ha! We have been guilty of doing the same thing....Eating LATE. Looks like lots of great fun you all had.
Blessings

I grew up in Pittsburgh...I moved to the East Coast 9 years ago to get married, but I have never stopped missing The Burgh. Thank you for your pictures! Seeing the Eat N Park Smiley Cookie made my day. &: )