Not for pancakes, but hey, if you think that sounds good...

Several years ago Verne and I bought two tiny rhubarb plants at the flea market after paying an exorbitant amount for just a few stalks at the farmer's market. We brought those plants home, and gave each one its own used tire, as directed by the man who sold them to us. Let me tell you, rhubarb does like to grow in old tires!

The rhubarb doesn't seem to realize that we're in the middle of a drought, or that there are no strawberries to go along with it to make a pie. I'm bound and determined to use it up, since it has been so kind to grow so easily. So, I got to thinking.

What if, just like when you are making homemade lemonade or limeade, I made a simple syrup to go with the rhubarb? Except, there's no way to "juice" the rhubarb, so I had to incorporate it into the simple syrup. 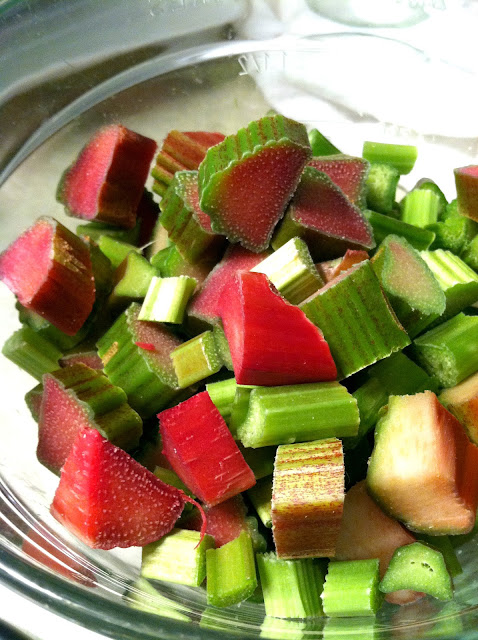 I washed my stalks of rhubarb, and cut them into one inch pieces. At this point I was just a tad worried because most of my rhubarb is green, and not red. Would my final syrup be a gross looking color? Eh- as long as it tastes good, no one will care, I reasoned with myself, and on I went.

I placed the cut rhubarb into a stock pot with a reasonably small amount of water, brought it to a boil, and let it cook for about ten minutes. By this time, the rhubarb was mush!

I lined my colander with two layers of cheesecloth, and set it over another large pot. I poured the hot mess into the colander, and let it drain while I played three games of Carcassonne with Abigail and Collin. ( I lost all three games; I have smart children!) 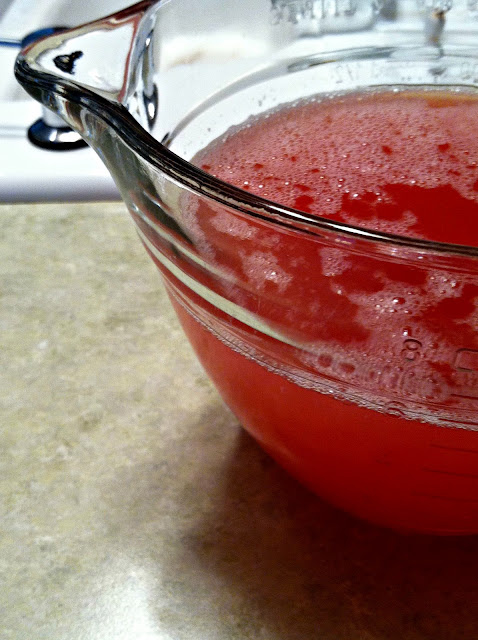 It's pink, and not at all gross like I feared! I washed my first pot, and added just a bit more water to the rhubarb juice. This stuff is sticky, let me tell you! I heated the juice back up, and added sugar. I brought the mixture to a slow boil to dissolve the sugar. 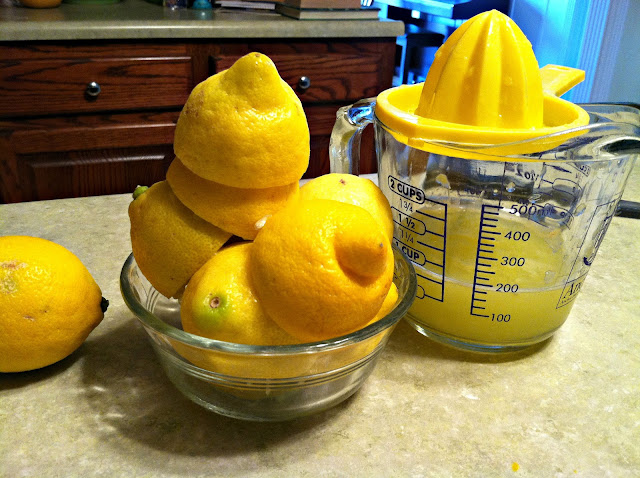 Meanwhile, I juiced enough lemons to give me one cup of juice. When the sugar was dissolved, I turned the heat off, added the lemon juice in, gave it a good stir, and let it cool. 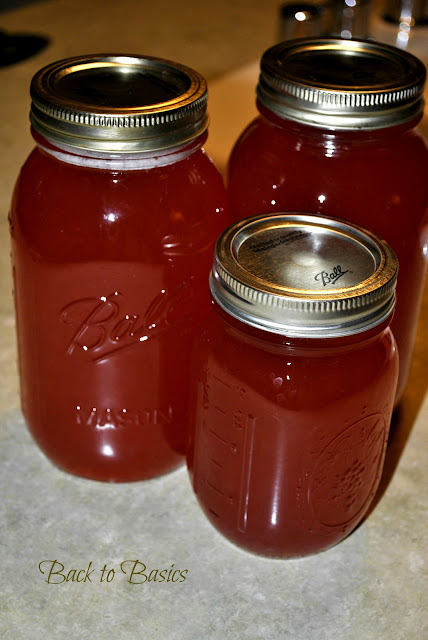 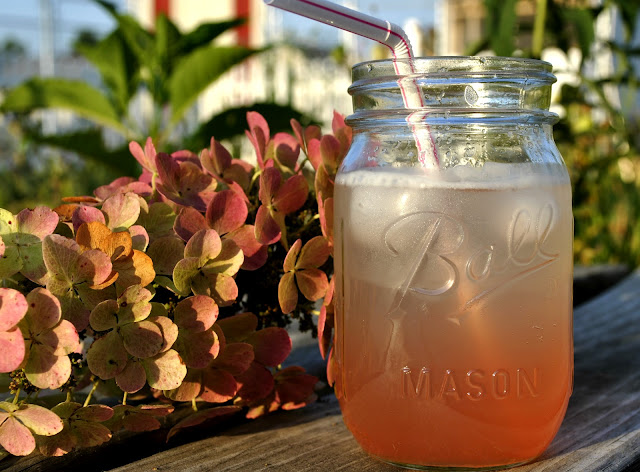 I placed about 1/4 cup of syrup into a pint jar with ice cubes and seltzer water. It's refreshing, and very good. I think it would be nice over ice cream as well. Or how about as a glaze on grilled pork chops or chicken?


Place cut rhubarb into a stockpot, with 4 cups water. Bring to a boil. Reduce heat and simmer 10 minutes until rhubarb is very tender.

Place juice/water back into clean stockpot with sugar. Bring to a gentle boil, dissolving the sugar. Let cook at least 5 minutes, thickening the syrup a bit. Remove from heat, and stir in lemon juice.

Cool completely, and keep in refrigerator. Should keep several weeks to a month.

I hope I can find some rhubarb at the store! Lately I have been drinking seltzer water with a little juice for flavor and this sounds really good! :)

Rhubarb and asparagus are the two things I have always wanted (but never been able) to plant. And I think I have missed my chance this year. :-(

That sounds de-lish in all the ways you mentioned and looks de-lish in a drink! I even think it sounds sorta good as an icecream syrup but I just love rhubarb. :-)

That sounds great! I planted rhubarb last year but it never came up. I really miss our old house because there were two large rhubarb patches. I didn't have to do anything to them; they just came up year after year. Thanks for the recipe, Tracy!

a new use for rhubarb.
happy thought indeed.

This is common in our area - the Amish call it rhubarb punch. I've never actually made it because usually when we have rhubarb, it's not too hot to bake, so I bake with it. Right now, your drink sounds a LOT better!

And I had planted a rhubarb plant 2 years ago and it died - I don't think it got established well enough before summer heat. I want to try again.