Collin has been working for over a year now and decided that since he has the means to do so he wanted to make gift giving a little more significant than it had been in the past. He wanted to give an experience, more than something tangible. This past December, he took Verne to a Steelers game for his birthday/Christmas gift. The two of them enjoyed an overnight trip which happened to fall right between their birthdays, and the Steelers won to top it off.

Turns out 2012 is my year for a special gift. (He's limiting this to one person a year since it is very pricey!) Collin and I share a love of Gary Allan's music, and have talked about going to a concert for years. Collin found tickets a few months back, and this past weekend we travelled to Dayton for the Country Music Throwdown Tour. 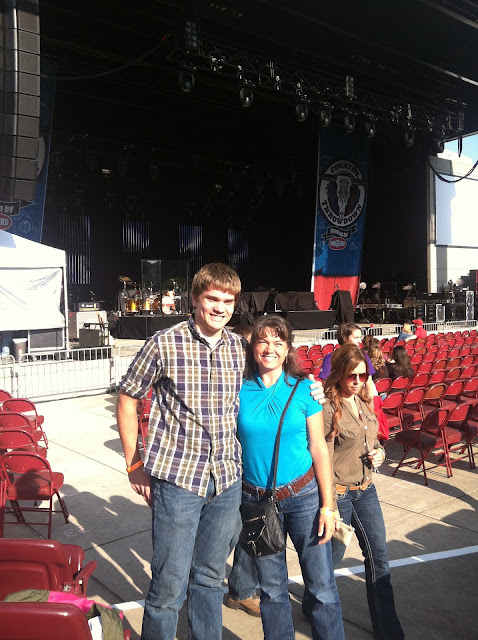 We were very pleased when we saw that our seats were just eleven rows back from the stage!
The opening acts were talented, but neither of us is a huge country music fan, and so we patiently waited for Gary. 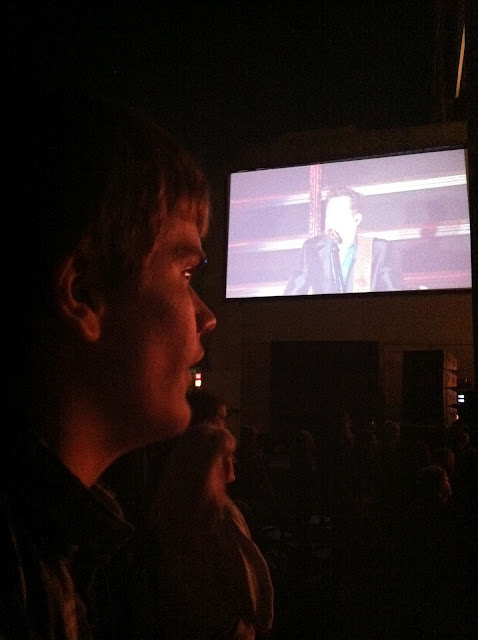 Not long after dark, we smiled at each other as he came on stage. The next 90 minutes passed super quickly, but we enjoyed every second. We sang along, and had a ton of fun! I loved being there with Collin. He's the only one I know that likes these songs as much as me.

To top it off, we spent the night with Autumn before heading home once again. I'll never forget this weekend. It was perfect!

How sweet! I could read happiness all over this post...Glad you had a great time..
hugs

I'm so very happy for you. That sounds like a very delightful way to spend a weekend.

So fun! Gary was at our fair a few years ago, and while I didn't go to the concert (I'm not much of a concert person), it was fun to hear him. Now you have me wondering what I did with his cd...

Awesome! You guys have such a special family...
Love you all!

So sweet of him!

He sure does! What a thoughtful and sweet boy you have raised.

Reaping now what you have sown! Enjoy it!

What a wonderful memory he created for you! blessings, marlene