I feel like I've been running a race all week. I definitely prefer to be at home in a relaxed setting, but sometimes you've just gotta hit the road. Traveling to see Mac's concert on Wednesday, and then back home again on Thursday was one thing. I had to head right back out Thursday evening to drop Abigail off at a friend's house because I was leaving for the International Quilt Festival bright and early Friday morning. My friend Lynn commented that she was worried I would have a headache from so much running around. She knows me well, but somehow, I was okay.
I arrived home close to 10 p.m. last night, and Collin and I played a few games of Ticket to Ride before turning in. We had to be up early, as we were heading out the door by 7:45 to run a race together. I drove, and he updated his Facebook status.
Running a 10k this morning... All I care about doing is beating my mom. 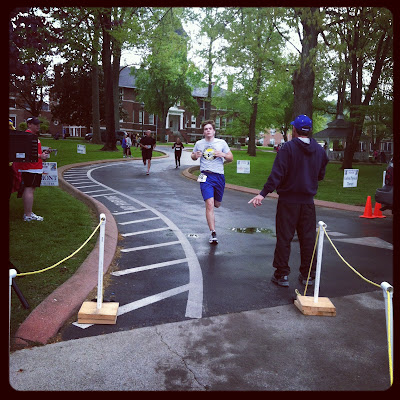 I told him to run with me, and then sprint at the end and he'd have me. We stayed close for about the first half-mile. And then I found my pace, and he dropped back. Not much. Just a little.
My time was 50:15, and Collin's was 55:15.
He commented on his own Facebook status following the race.
No dice :/ 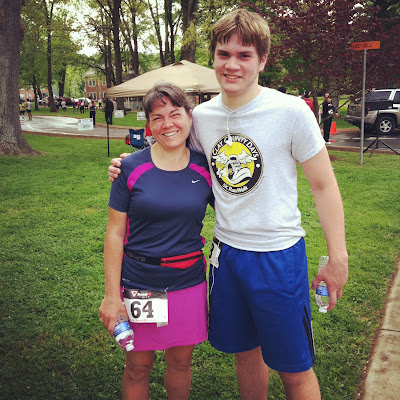 He was a super great sport about it, but I have a feeling that I may never beat him again. 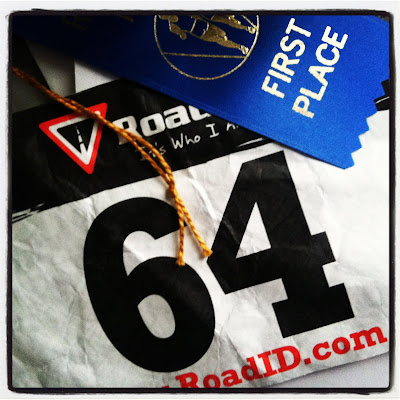 Great job!!!! Tracy, you are my inspiration!

Amazing! I am very impressed! All of those days out walking for miles have really worked to build up your endurance.
Congrats to both of you for a job well done!

He is either never going to race you again or he will work on his running and you will never beat him again!

Love you all!
Deanna

Collin is growing up. Wow!