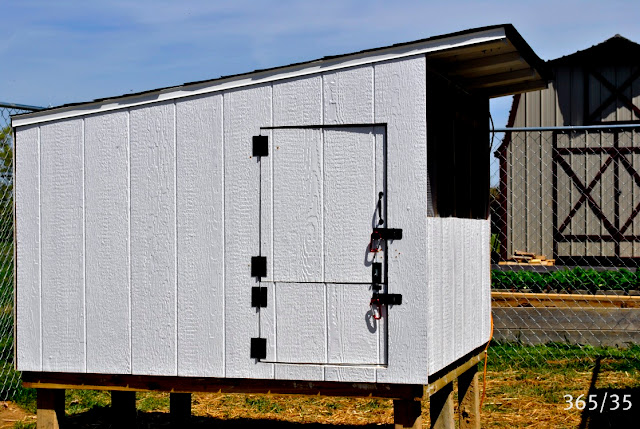 When the children decided they wanted a second batch of chickens to call their very own we agreed that if they bought them we would feed them. We never considered that they would need a home of their own until they were old enough to join the rest of our flock. After they lived nearly 4 weeks in our master bathroom, it was time to find them a new home, and so, a second coop was built before Verne's surgery.

Though it lacks trim yet, and isn't near as cute as the first coop, it's a wonderful home for the new little chicks, and it isn't an eyesore. Verne built it big enough to be permanent housing if need be, or in case we decide to raise some meat chickens as well. 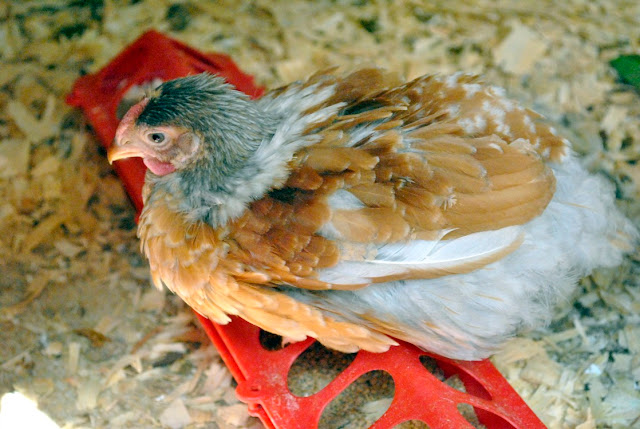 There are certainly roosts, and plenty of space, but some seem to prefer sitting atop the feeders.
Posted by Tracy at 9:52 PM

It looks great! The children want chickens so badly and I know it would certainly help with our tick problem. The issue is finding a coop. Dan is not handy that way and they are so expensive to buy!

We need to do something about our coop situation. It is getting old and needs some updating. We also have a hen on eggs and she and the eggs need to move so that the chicks have a chance to survive.

What a beautiful chicken. I can't wait until the day comes where I can have my own. Love your blog. :)

We need more chickens! I need to get on the ball!