Looking Forward to a New Week 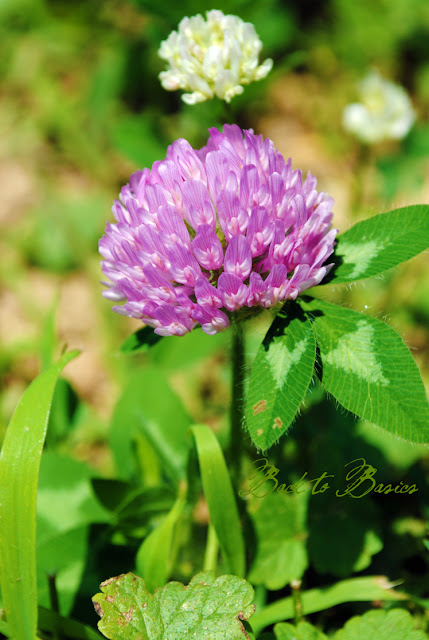 Sometimes things are rolling along smoothly and you feel nearly invincible. Tasks aren't too daunting, deadlines are met. And then there are the other times.
This week? This week was one of the other times.
Rain showers greeted the dawn early Wednesday morning. I was going about my normal routine, taking care, first of the dog, and then the chickens. As I crossed the wet deck in flip-flops, my feet went out from under me, and I fell down a step.
It hurt. Badly.
I picked myself up, grabbed my umbrella and my flip flops, and crossed the lawn in my bare feet. No matter the pain in my backside, the chickens needed fresh food and water. I placed my flip flops on the top step leading to the coop as I didn't want to enter in bare feet. I unlocked the coop and made my way in.
I grabbed the waterer, opened the door to step outside, and down I went again. If I wasn't sore already, this sealed the deal.
I admit, I cried a moment before picking myself up for the second time in less than 5 minutes, and crossed the yard to the hose. I couldn't have cared less about entering the coop in bare feet by now, and so I did. I gingerly climbed back down the steps and into the house.
By this time, my right elbow was starting to swell, my forearm was bruising, and my left pointer finger was throbbing. And my backside? Let's just say that it looks like I sat in blackberry jam from the bruising.
I had been asked to make a cake for a 16th birthday. A three tier, fondant covered cake. I hate fondant. With a passion. Pictures in cake books show off satiny smooth cakes draped in the sugar coating, and they look so elegant. Let me just say that I never feel elegant while covering a cake with fondant. The cake decorator has to become something of an acrobat and a muscle builder turned pastry chef. It isn't pretty.
I started my baking on Thursday. For starters, I had to sift 21 cups of flour. That may not sound difficult, but after my episodes the day before, it nearly did me in. I completed the baking, mixing buttercream frosting, and icing the cakes in 12 hours.
Friday morning I woke, still sore from falling, and began making marshmallow fondant. 9 recipes, at that. I stirred, and kneaded and rolled. My shoulders ached. One by one I covered the layers with the sweet confection, cleaning up as best as I could while I went along. I was thankful for my youngest daughter who was eager to help in any way possible. My adrenaline kicked in and I was in a groove. Everything was going swimmingly, and then it happened.
The cake was to be plaid on the top and bottom tiers, with polka dots on the middle tier. The top tier was covered in fondant and I cut strips for the plaid design. It looked adorable.
I wondered, 'What if I placed a band going around the center of the tier instead of the plaid being mainly on the top?'
I discussed the possibility with my eager helper, and she agreed it would be cute. The minute I touched the chocolate brown ribbon to the aqua blue side I knew it was a mistake. The band wasn't level, and made the entire cake look crooked.
I ignored it for as long as I could, but couldn't stand it, and so I ripped all of the fondant back off of the top tier only to start the entire process over. This time though, the fondant ripped.
I was exhausted, and I cried. I ended up finishing the cake an hour late, and not nearly as prettily as I envisioned. Thankfully, the recipients were graceful and seemed to be happy. After a full 24 hours of working, I couldn't give anymore.
This morning I woke to bake cupcakes for a friend's husband's birthday. I told myself, "It's a new day!" Still tired and sore from the falls/kneading/rolling, I set out to make a new recipe.
Why I thought it would be okay to try a new recipe on the morning something was to be picked up I'll never know. I guess I was feeling optimistic.
The cupcakes were to be vegan, but the recipe I was using called for eggs. I tried substituting flax seeds for the eggs, and the recipe flopped. I don't know- I'm not vegan, and didn't know what to expect, but these cupcakes didn't look birthday celebration worthy. ( Actually, they tasted fine after they cooled.) In a panic, I googled another recipe that was similar to the first and gave it a go. Thankfully, they were a success.
My poor husband. I don't know who feels worse, me or him. I can tell you though, he's a wonderful encouragement to me, and loves me unconditionally. For that, I am really thankful!
Posted by Tracy at 1:42 PM

Awww Tracy, I'm sorry. You have had a rough few days. I'm praying for you! Hopefully, you can do nothing but relax and rest tomorrow.

Have a blessed evening!

Ouch! Hoping next week is back on track and full of sunshine.

oh dear! You poor darling... I could almost feel your pain/soreness/exhaustion just reading your post. I would have packed up and headed for the hills after the 2nd fall I think! lol.

Well done for getting all your baking done anyway. Hope next week is a much easier time for you...

I do things like that...decide to do something bigger or better than originally planned at the last minute....it does me in too!

Your cake did look great, but I understand what you meant. It wasn't how you had wanted it.

I trust this week will be a more relaxed(?) week!

It is days like THAT that really put silly little squabbles in perspective! What a day is a serious understatement!

Hoping you feel right as rain ASAP and that you have some phenomenal days to compensate! ;-) Be well, friend!

I remember catering jobs that left me utterly depleted of *any* energy and in a heap of tears. Through it all, I learned and was soon back on my feet and forging ahead .. as you are. Unfortunately, you had a considerable amount of bruising and other ouchies which made it that much more monumental. (((hug)))