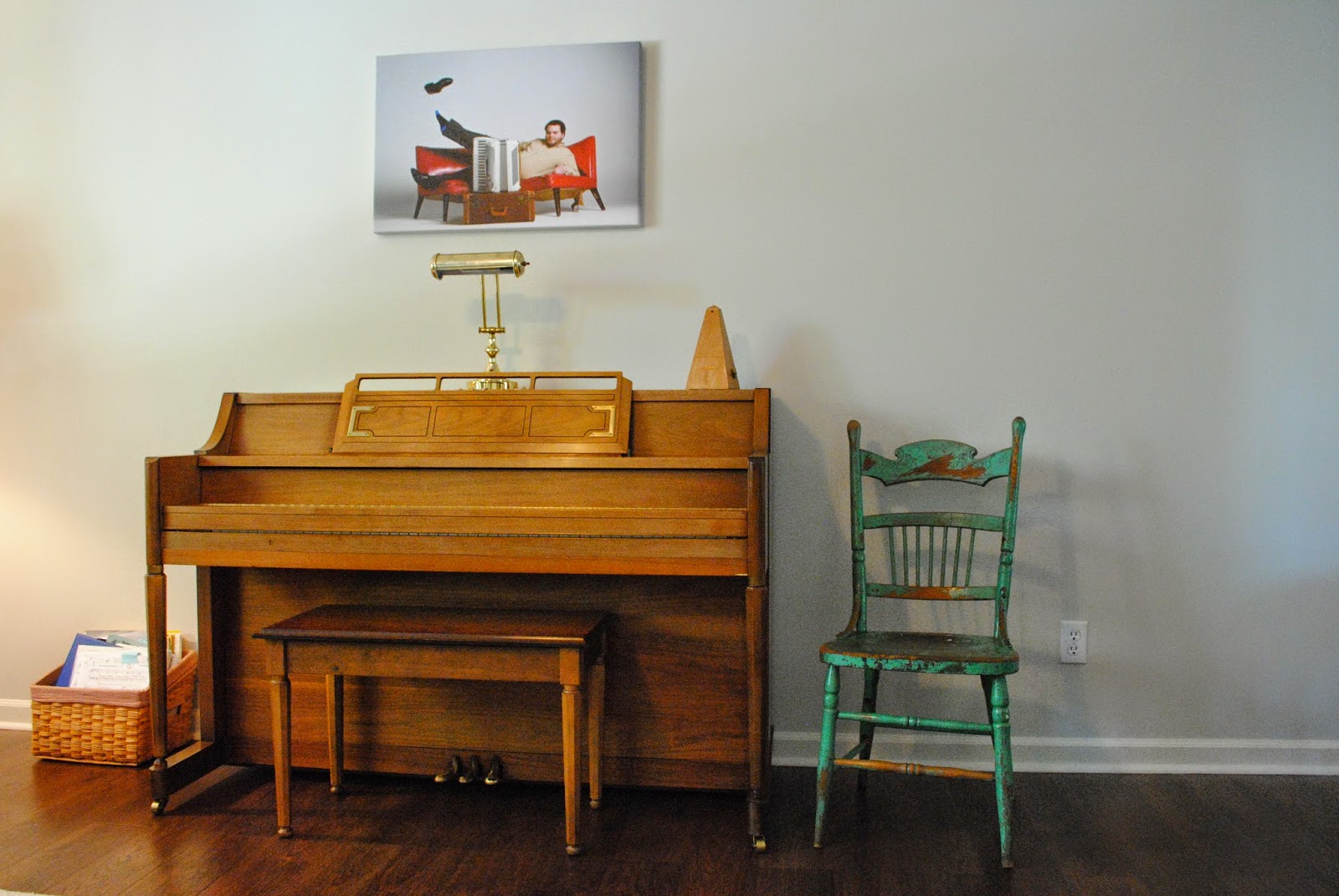 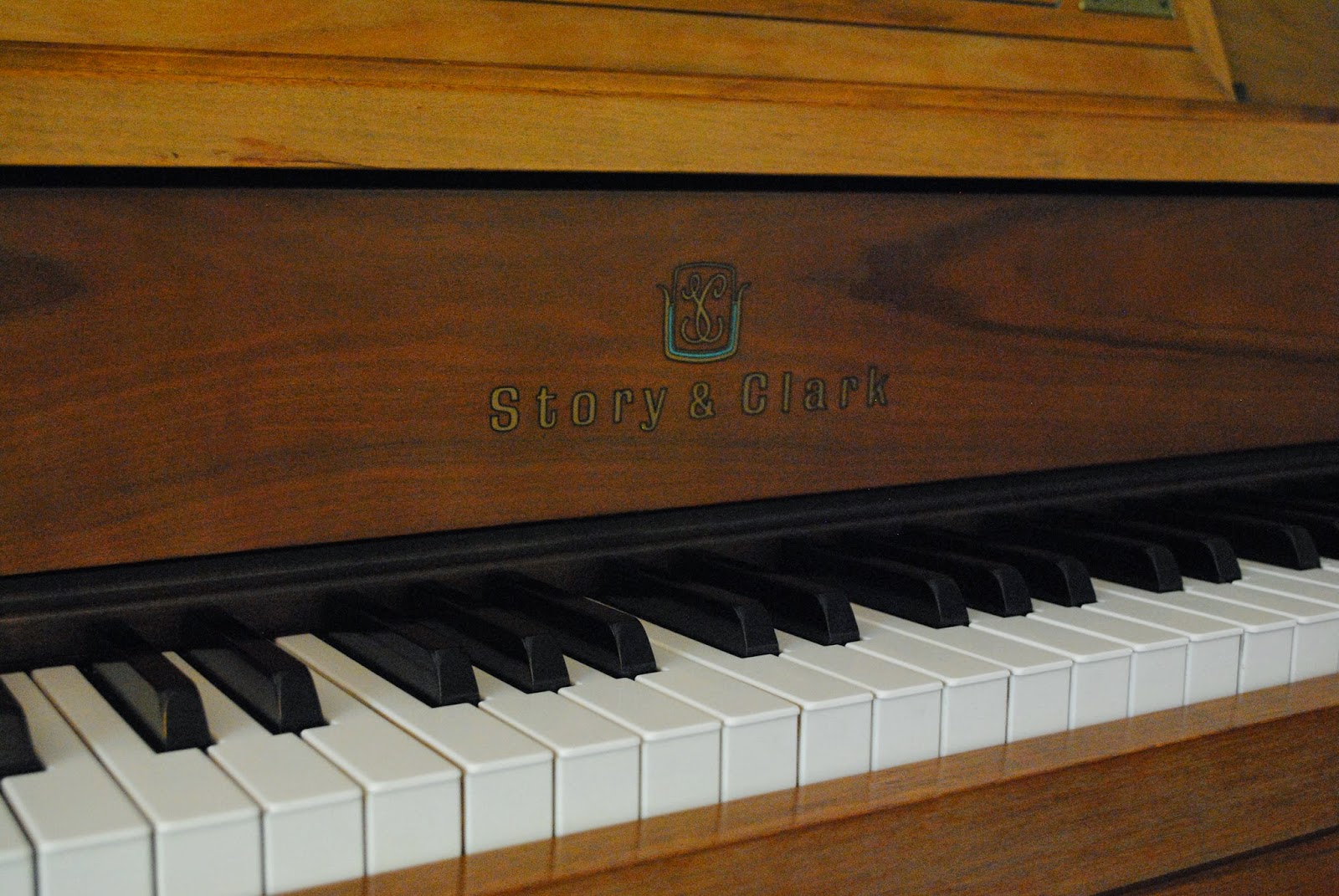 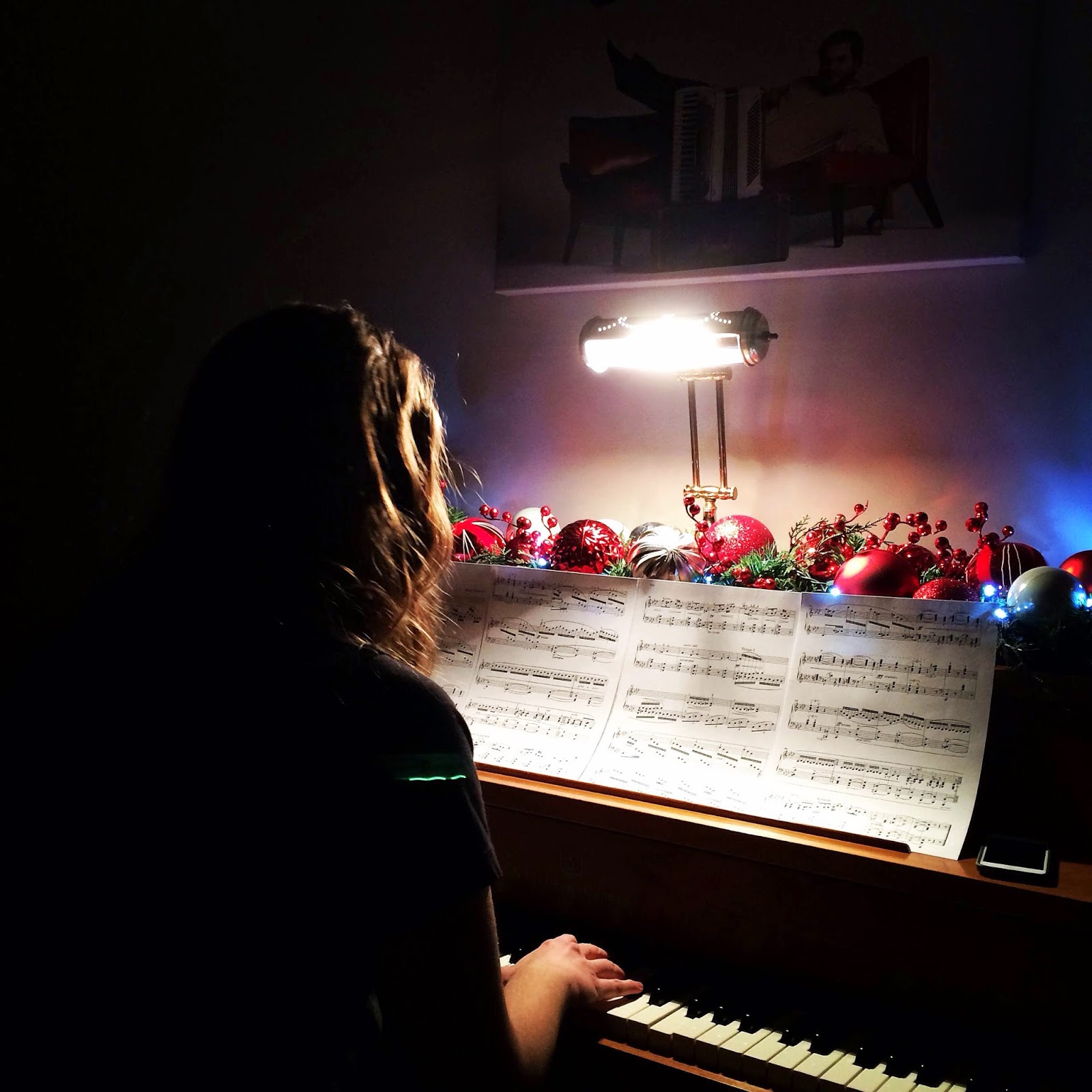 I know nothing about music. I can't read a note of it, and can't really carry a tune in a bucket. When Mac and Autumn were little I wanted them to take piano lessons. We couldn't afford a new piano so I scoured the newspaper and made a phone call. An older woman said she had a spinet that she would sell me for $650. The children and I made our way across town to see the piano.

The older woman claimed to be a retired piano teacher, and invited the children to play. The piano did indeed look beautiful. There wasn't a mark on it. The children were excited and the woman offered to let me have it for $500 since I had four little mouths to feed. I thanked her profusely, setting up a time for Verne to get it and bring it home. As I walked out the door, the woman said not to have it tuned anytime soon. "Your children are young and won't know the difference. You can wait awhile."

Verne and a few friends brought the piano into our home. When one of the men sat down to play a few notes he said it was badly out of tune. I didn't want the children thinking that their songs sounded wrong, and so I called a tuner. The piano tuner wasn't in my home more than 10 minutes when he asked me how long I had the piano. I told him the entire story and he said, "I'm sorry, but you've been had." It turns out the the pegs holding the strings had been pounded, and couldn't be turned at all. And though the cabinet looked beautiful, it was home to quite a few mice, and they had left their nests as proof.

As you might imagine, I was distraught. I called the woman back and told her what the tuner said, and asked her to please refund my money upon the return of the piano. Her response? "You're really upsetting me!" and she hung up!

Here we were $500 poorer, and with a lovely looking, but totally useless piano taking up real estate in our tiny cape cod home. The children were greatly disappointed. I was disappointed and disillusioned. I couldn't take a chance on another used piano, and we ended up going the digital route.  Not a keyboard, but not a real piano either. And it wasn't pretty!

As Mac, Autumn, and eventually Collin took their lessons, Abigail would count. "One, two, three four." Soon she was climbing up on the piano bench, opening the hymnal (sometimes upside down), and playing. As the other children lost interest, and went on to play guitar, cello, bass, etc., Abigail's interest continued to grow.

Last winter when we began our house-sitting adventure, Abigail had the treat of playing on a real piano each and every day as it sat in the living room of the house we stayed in. She started lessons again in our new city with a very enthusiastic teacher who brings out the best in her. When our home didn't sell and we had to go back to the small town, we promised that though it was far, we would get her to piano lessons again come fall. But, she also had to return to the digital piano.

All summer long Abigail would sit down to practice, and end up in tears.

We did sell our home, and moved into the rental, dragging the digital piano along. At this point, Abigail had lost interest in practice altogether. You have no idea how this upset her. This is a young woman who has never been told to practice once in her life. She simply goes to the piano multiple times each and every day to sit an play for 20-40 minutes.

The week were were to move into our permanent home, I saw a message on a Facebook page for the women in our church. Someone had a piano to give away. The name wasn't familiar, but I sent her an email telling her the whole story I've just written above. She responded and said if Abigail wanted the piano it was hers. I didn't want to commit to a bad piano, and though I still know nothing about music, Abigail can tell if it sounds good or not. We arranged to look at it that very evening.

We met the woman at the home of her father who had recently passed away. He bought her the piano years ago when she was in high school, and it had always stayed at his home. Abigail sat down to play, and Karen and I talked. When she told me that her dad had died of cancer, it hit me. "Are you Paul's daughter?" Karen doesn't go to our church at all, but her dad did, and had been in Sunday school with Verne and me. She was hoping to bless someone from his church, and she was thrilled that we knew him. Karen not only gave Abigail the piano/bench, but she also gave her the piano lamp, the metronome, and a huge box of music.

We closed on our home on September 11 at noon, and at 6 pm, Abigail's piano was the first piece of furniture to come in the door. We scheduled the piano tuner for two weeks out, and I was a nervous wreck until he got here, though Abigail assured me the piano was fine. Sure enough, she was right. Our home is filled with music once more.

Labels: At Home, Being Thankful

I've got tears in my eyes! I love how God loves to give good gifts and how He knows the desires of our hearts!

What a blessing for Abigail! And for you who get to listen to her play!

I'm with Deanna. This is such a moving post...especially for those of us who love music. How horrible for that woman to do that to you....but in the end God blessed so richly and this piano will be so much more appreciated for the wait.

I LOVE this story!!!! I love that your girl just thirsts for music! And I'm so irritated by the woman who sold you the first piano - I believe that old pianos that can be tuned should be sold for pennies to the people who are willing to move them. Our current piano cost $40, and the piano I grew up on cost $25. But yes, we also at one time had a beautiful piano that could not be tuned and we regretfully gave it up to my brother and his wife to turn into a desk.