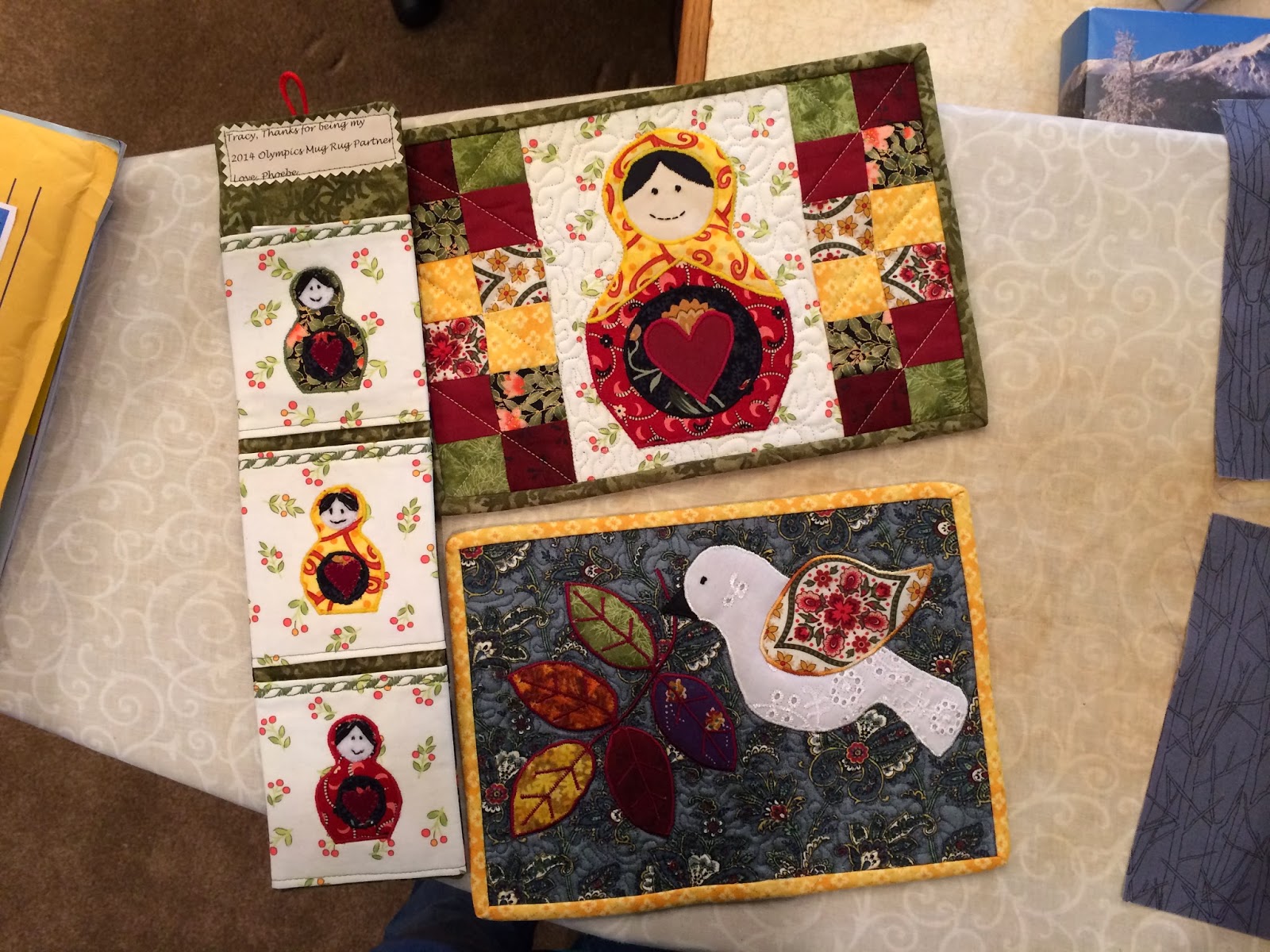 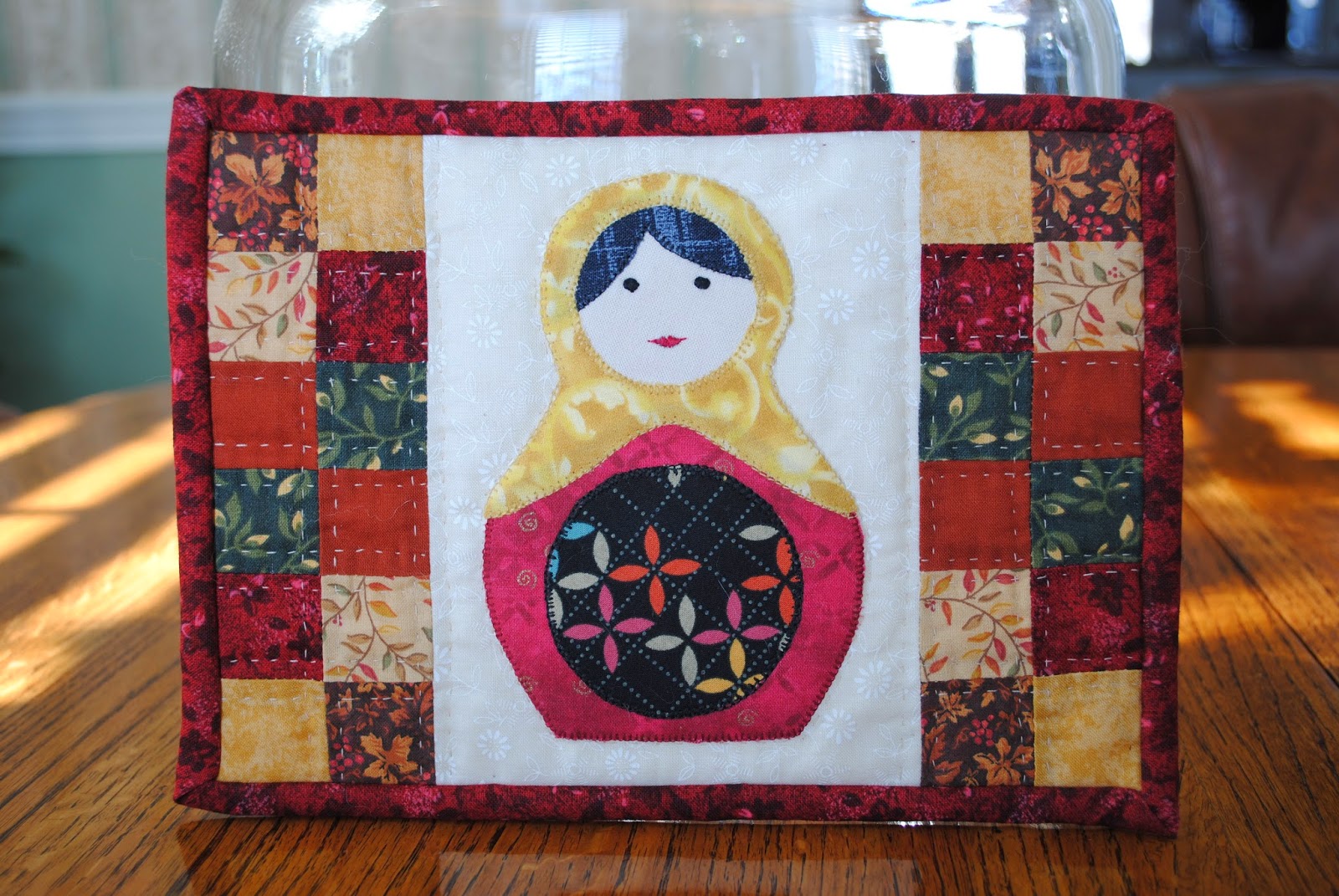 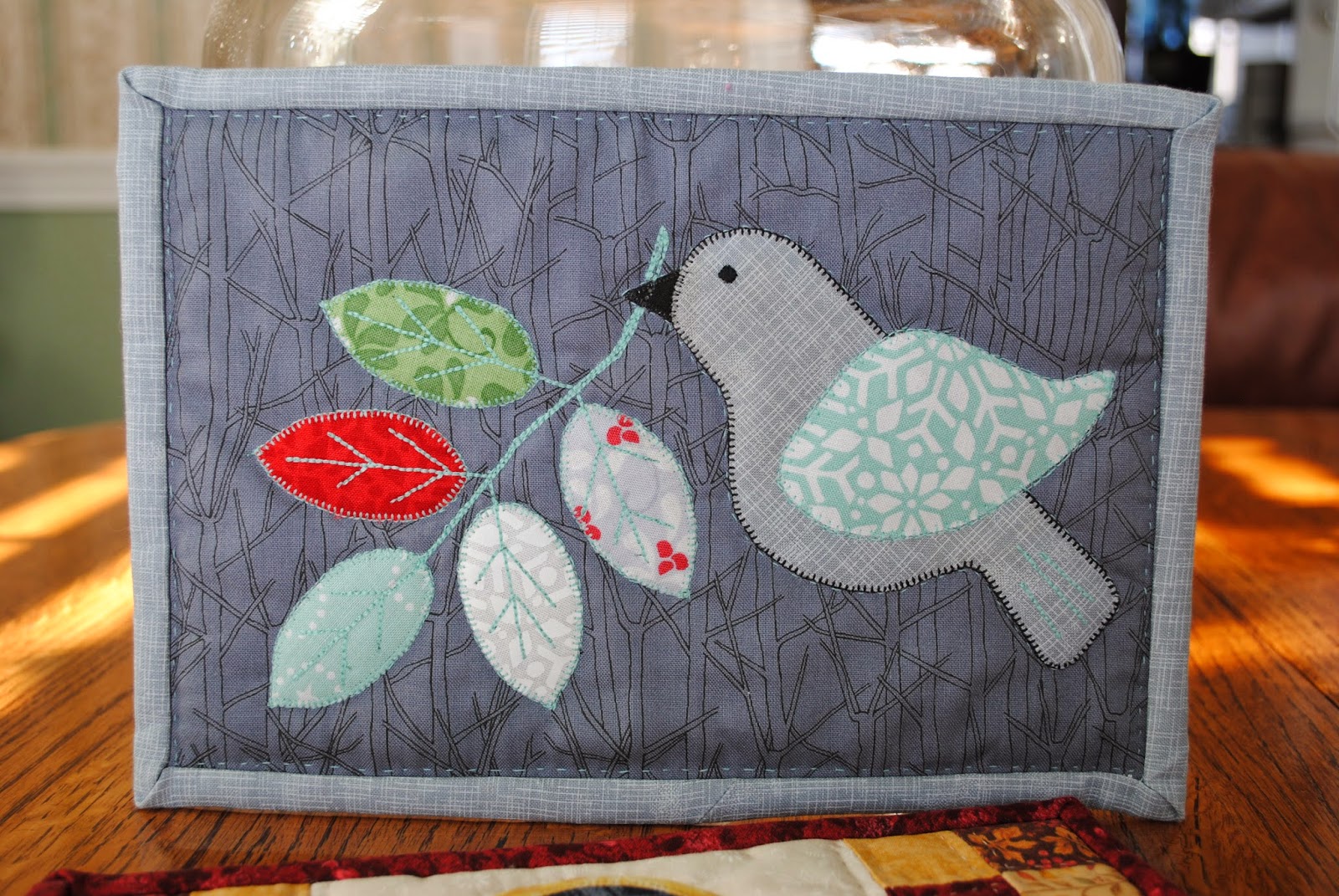 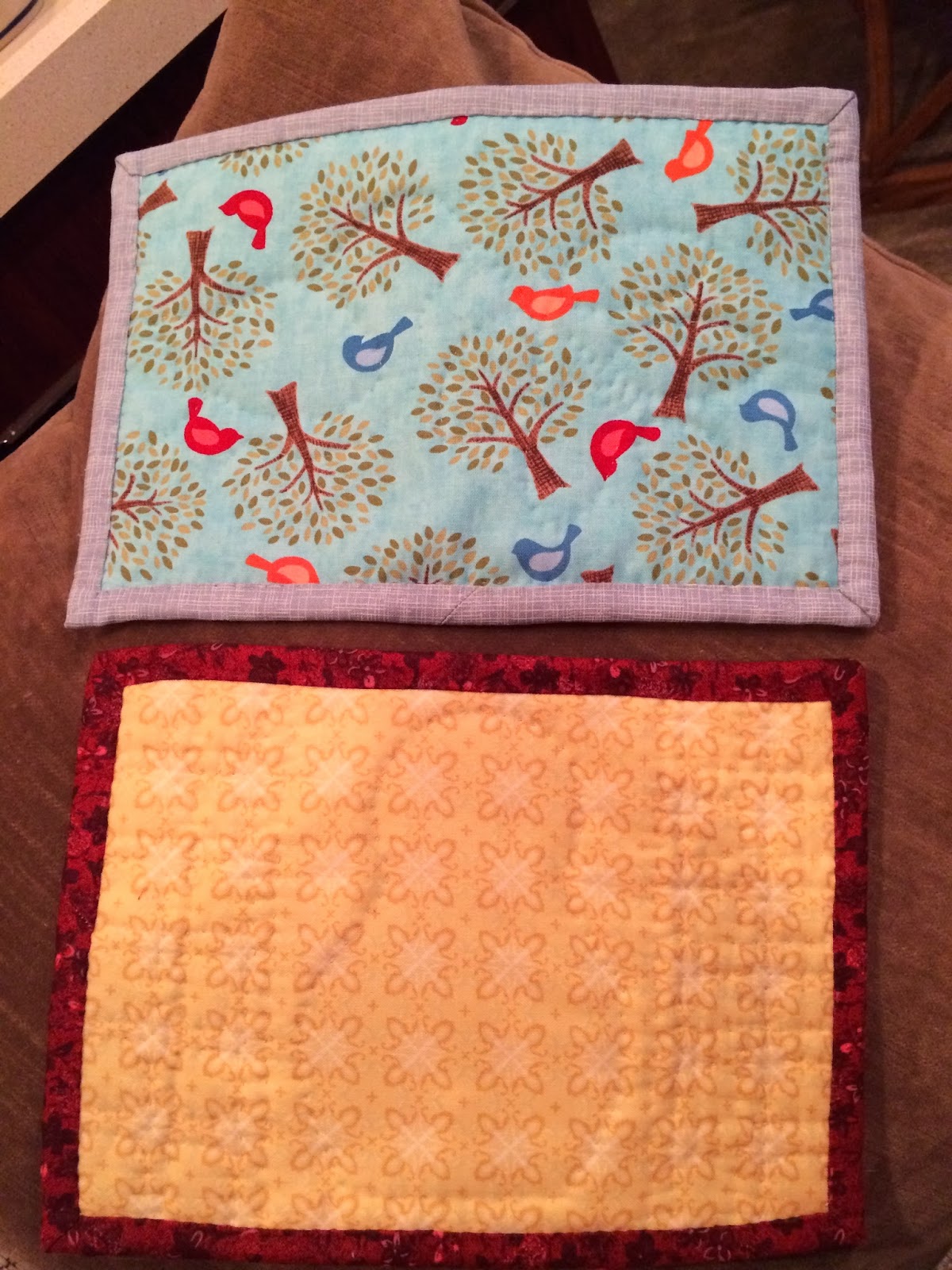 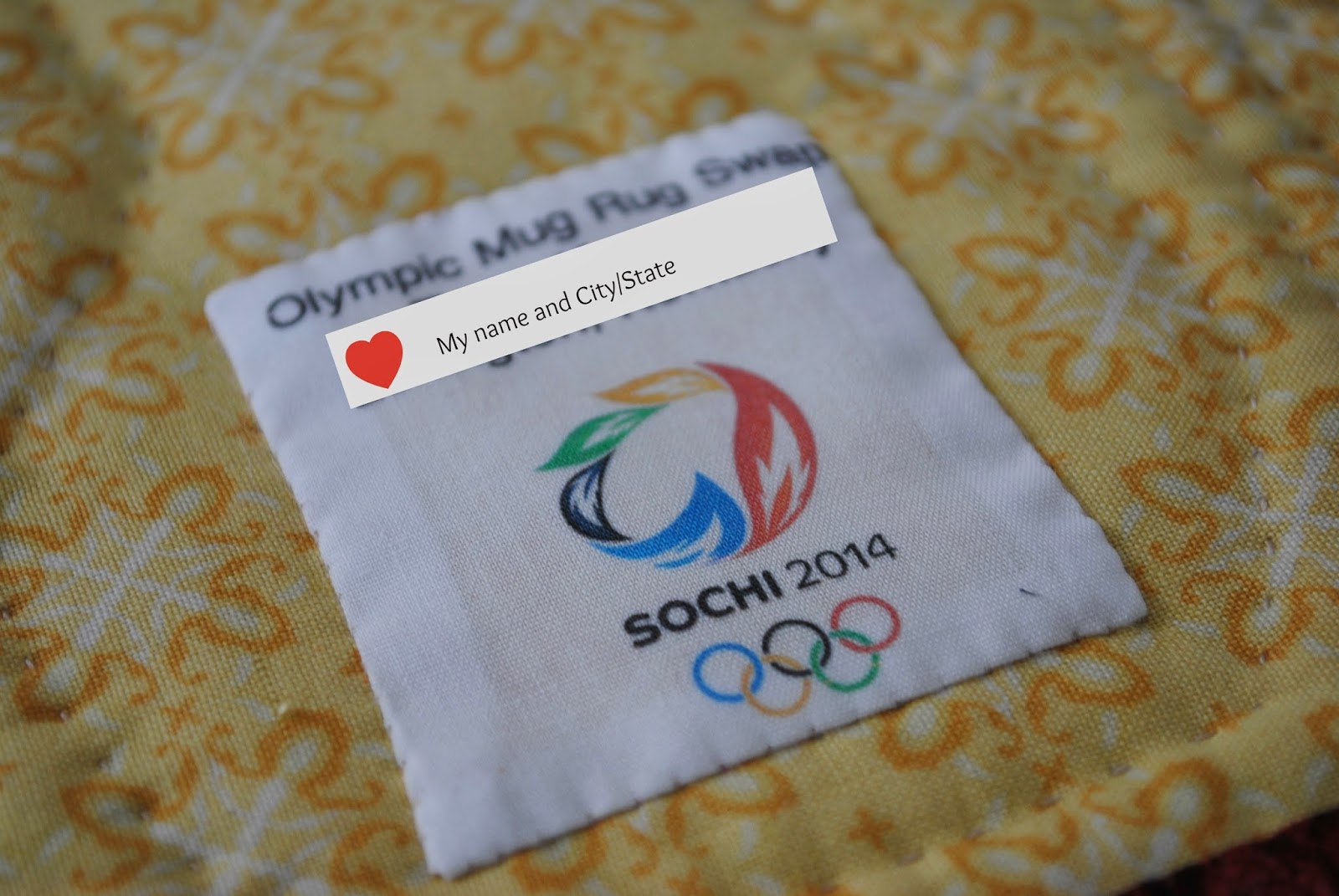 My interest was piqued when Autumn told me about an Olympic Mug Rug swap. I knew I had to participate when I saw that we had to make a matryoshka doll as one of the patterns.

Our family loves watching the Olympic games, and I must admit that I like the winter games better than the summer. It was quite fun to  work on these in the evenings while watching some of the events.

My swap partner, Phoebe, was quite organized and had her mug rugs done before the opening ceremonies. The first photo shows the mug rugs that I received. She also included an adorable tri-fold tea wallet. I've shown it open in the photo.

My work took a little bit longer, but thankfully, after delivery was delayed by snow on the east coast, Phoebe received her goodies from me at the beginning of the week. I tweaked the mouth on the doll to look a little more traditional. I'm happy with the alteration. We had to make both patterns, and we were asked to label them on the backs, as well. Although the matryoshka doll is what made me sign up for the swap, I enjoyed making the dove just as much. I love that Phoebe used eyelet fabric for my dove.

I enjoyed these so much that I've got a few more in the works-one for a friend, and one for Autumn and Abigail. Go USA!
Posted by Tracy at 8:44 AM

I just hopped over here from "Hearts in Service" and am glad I found your blog. These mug rugs are just darling!