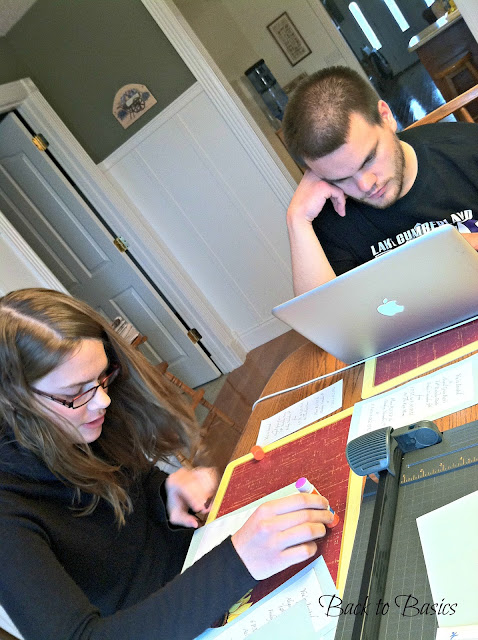 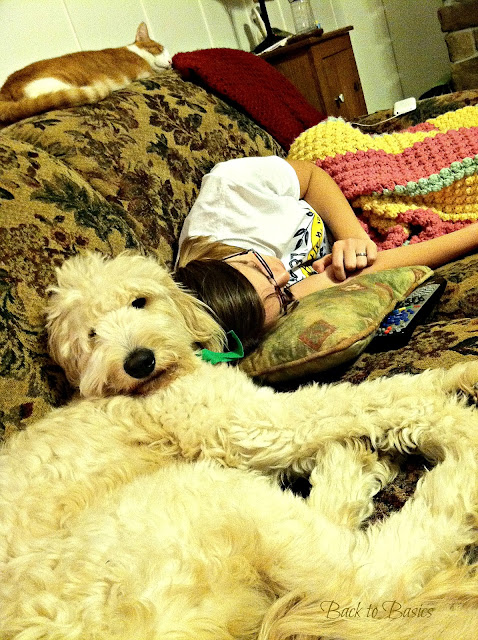 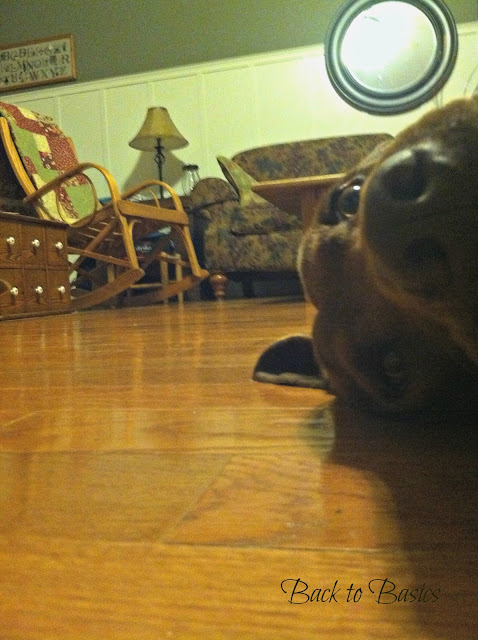 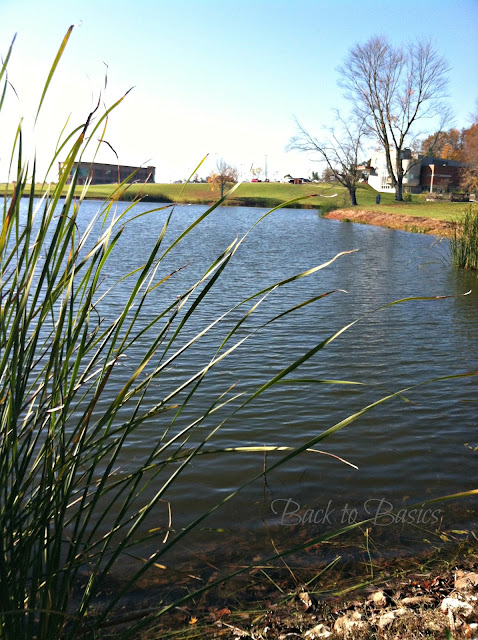 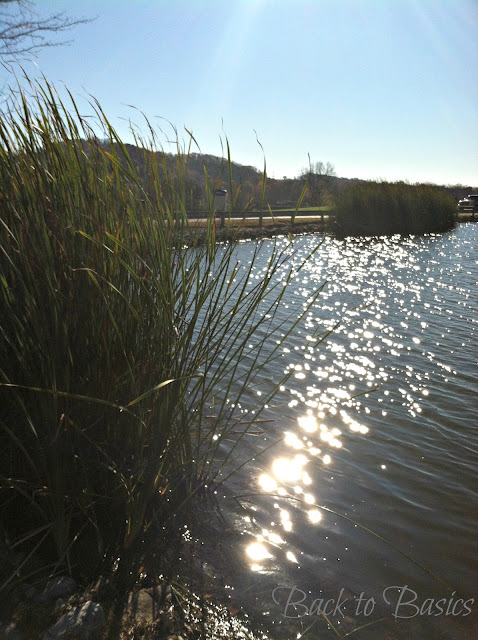 It wasn't quite November, but Mac made a welcome appearance last weekend. It was so good to have him home, hear his laugh and guitar, and see his face across the table. He had a bit of work to do so Abigail worked on birthday party invitations while he finished up, and then we all enjoyed a game of Ticket to Ride.

Abigail snuggled up on the couch with Chester and Lucy during the rainy days produced by Hurricane Sandy earlier in the week. She's a pet magnet. Speaking of pets, did you catch that brown nose in the third photo down? Kanye, named by Collin after the famous rapper of the same name, showed up here close to two weeks ago. His story is a bit dramatic, and I'll save that for another post.

Just when I was lamenting the end of October, November came shining through with a warm welcome.  I snapped these bottom two photos during my cool down yesterday after a nearly ten mile run. Diamonds on the pond. Mmm...makes me think of the John Denver song that was so popular when I was a girl.

Labels: At Home, Being Thankful, Pets

love the glimpse of life at your home. i think kanye knows what a blessed pooch he really is!

What beautiful pictures. I am a pet lover too and especially dogs. The nose is adorable!