Verne kept asking me what I wanted for my birthday. I'm the practical sort most of the time, and couldn't think of anything I really needed. I then began to think of what I might like to have. To be honest, I'm trying to live a simpler life. I don't want more things sitting around to have to dust. I couldn't even think of anything useful. It was then that I started thinking...what would be fun for all of us? And then, as if on cue, Collin mentioned that the Steelers were playing the Bengals soon, and how much fun it would be to go to the game. One afternoon, just for fun, he researched tickets. Yep. We could get four together.

So Collin and I schemed, and the day before my birthday I was able to tell Verne that we would be seeing the Steelers play that Sunday evening. I told him it was my birthday present. And his. Tickets don't come cheap, you know? He was thrilled.

Driving into the city I was overwhelmed with the amount of black and yellow I saw. We were in Cincinnati after all. People were singing, and waving Terrible Towels. 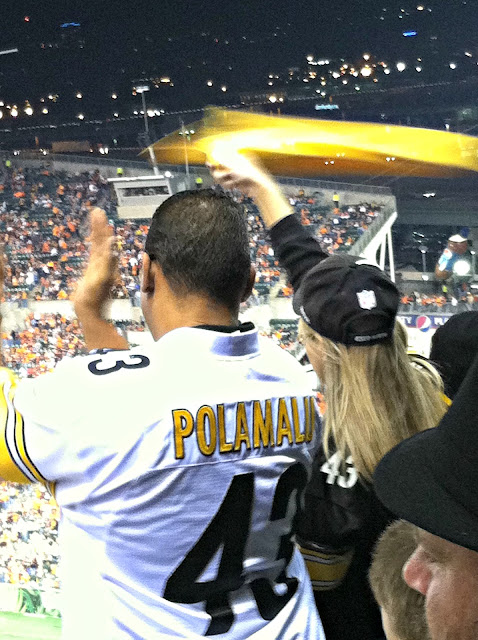 When we reached our seats, it was fun to see that we were mostly surrounded by Steelers fans. A friend had warned me that her son had attended a game in Paul Brown Stadium several years before, and that the Bengals fans had given him a hard time. 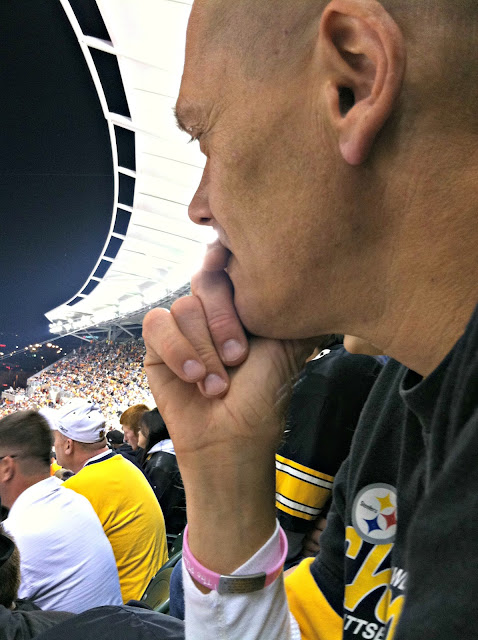 The first half of the game made me very nervous. I kept texting my mom who is an avid Steelers fan, and she assured me that they always play better in the second half. 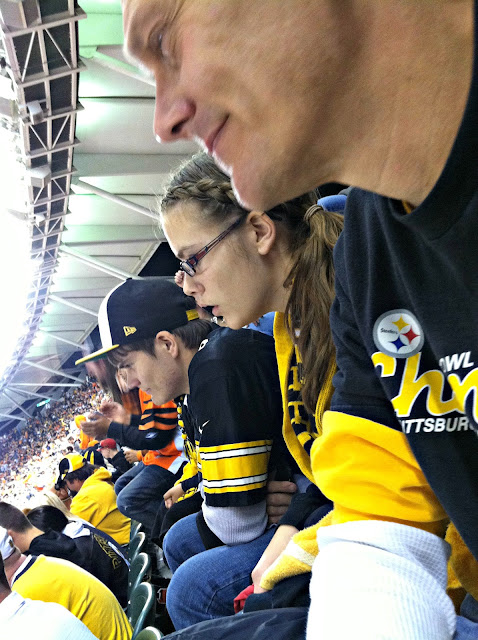 I prayed it would be so! 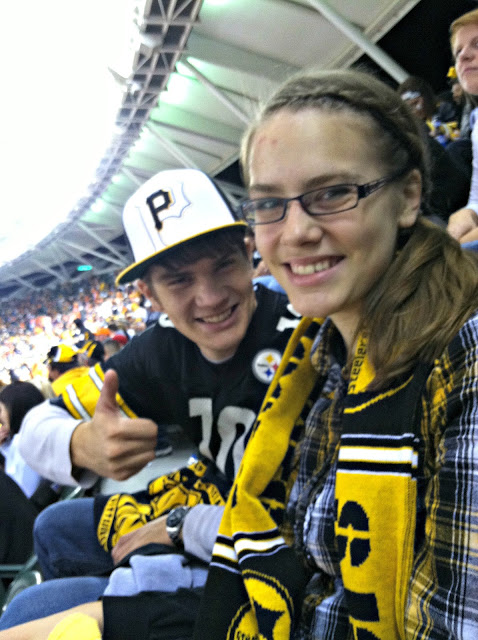 Sure enough, things turned around, and we won 24-17. It was super fun evening. The whole way back to the car we were surrounded by black and yellow, people singing and cheering. 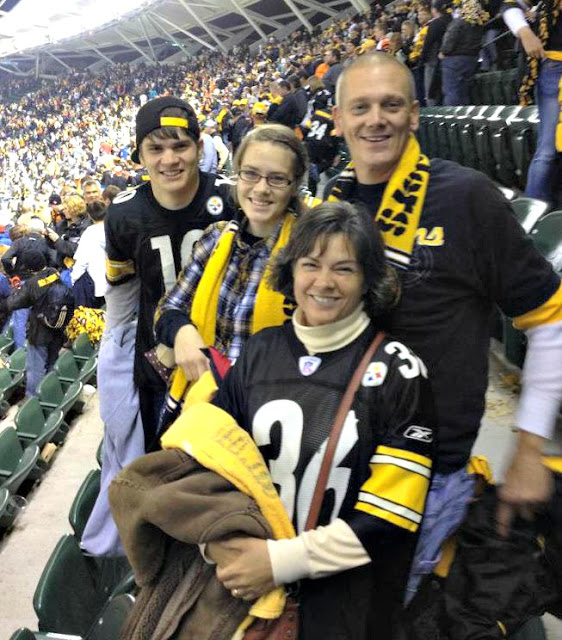 It's better to give than to receive, but I have to say I received much joy by treating Verne to the game!

Labels: Celebrations, Family, On the Road

This sounds like a lot of fun....Happy Birthday late. I know that you were thrilled to share this gift with your family...Glad your team won!!

I know he loved it and it was a gift you all could enjoy!

So much fun that they won, too!