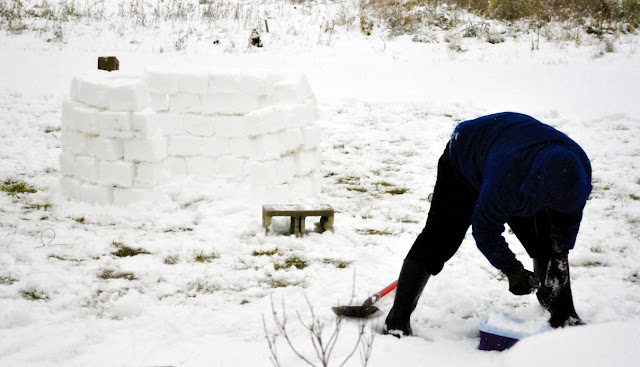 Collin and Abigail are two peas in a pod. He sang to her and talked to her daily while she was still in the womb, and held her hand for hours after she arrived. Sure, they argue. A lot, actually. But they still happily spend the majority of each day together.

Last night Collin came down with the flu. He's only been out of bed once today, and she was bored out of her mind all morning. Finally, after lunch, I suggested that she build an igloo using a plastic lunch box for a brick mold. She suited up, and braved the cold weather in hopes of making the hours pass. 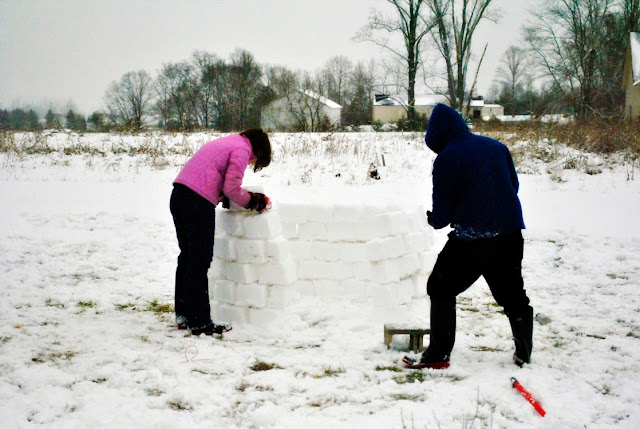 About two hours passed, and she came inside briefly for hot chocolate, and then back to work she went. 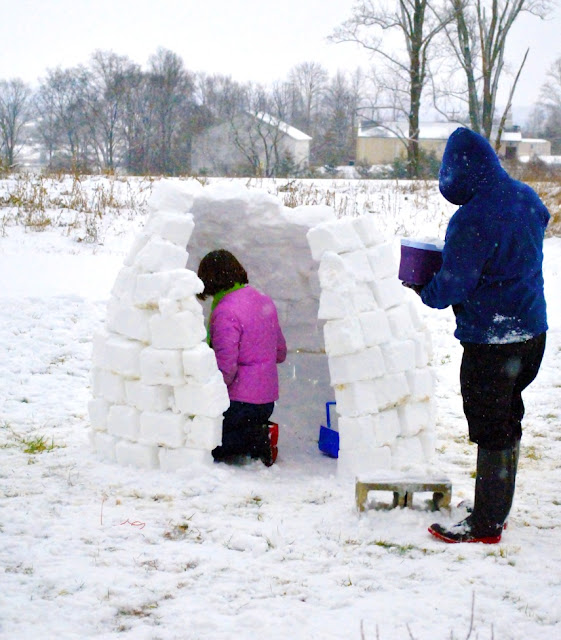 Three rows. That's all she had to show for her time. And then Mac came home from work.
Being away at college has somehow softened his heart toward his youngest sister. He makes time for her daily while he's home, often initiating a small outing together or playing a board game. Today he looked out the back window and said, "I'm gonna go help her." 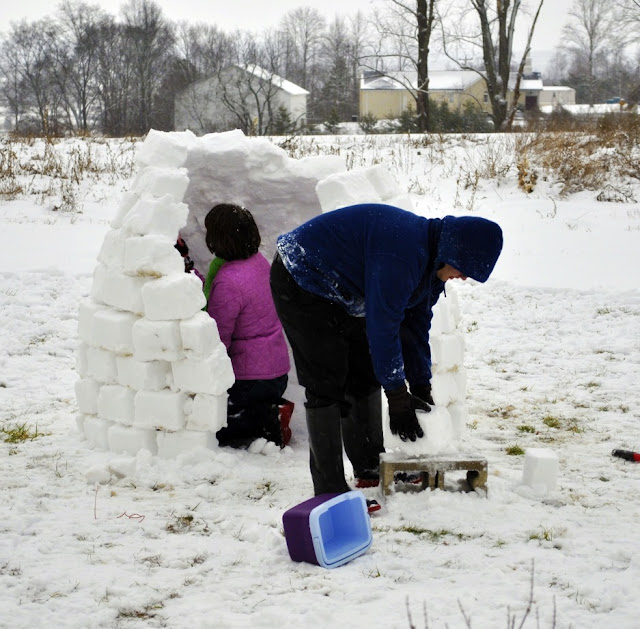 And help her he did. They've been at it for a few hours already. They came inside for a snack, and now they're back to it. 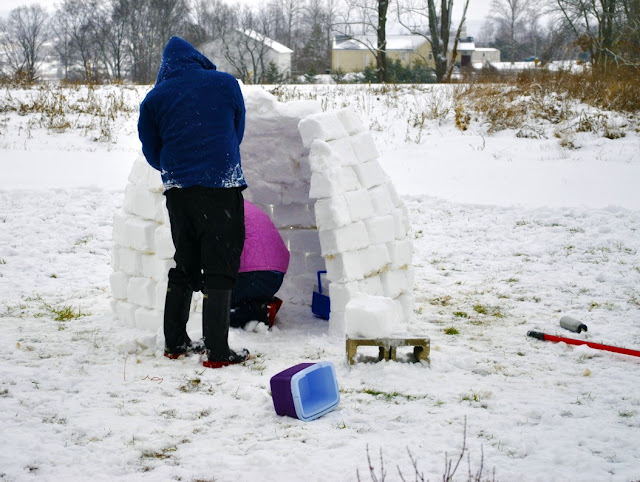 I'm not looking forward to the end of winter break.
Posted by Tracy at 5:27 PM

Oh, I feel for Collin. Hope he feels better soon.

I love that Mac and Abigail are spending quality time together. Their project is coming along so nicely.

Yeah, Mac! That is an awesome big brother thing to do!

I hope Collin gets well soon. I hope the Tamiflu will ward it off for Autumn!

We will be praying!

Awe! Sometimes I wonder if my oldest and youngest will ever get to know each other. I guess their relationship is just different... God ordained different:-)

Thanks for saying that Abigail and Collin argue...so, it's not just mine!

Building memories...that's what they did! When they look back on the photos you took in years to come, I know it will tug at their hearts!