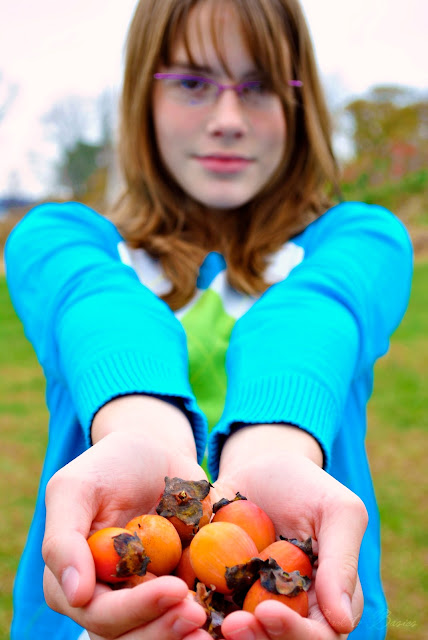 I shut off the engine, and braced myself. Abigail grabbed a bag from the backseat in case we were given the green-light, and we made our way up the sidewalk to the front of the house and I rang the bell. We looked at each other expectantly, and waited. Soon enough, a fragile face appeared behind the glass. She fumbled with the door, and then mumbled something. I stepped back, not wanting to alarm her. I understood that she was afraid to open the door, but she didn't want us to leave, either. 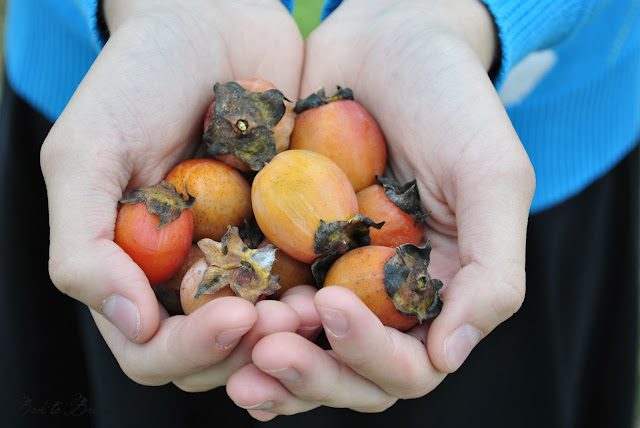 Soon, she was joined by an elderly gentleman. He slowly opened the door to greet us, and she made her way into the shadows behind him- not wanting to take her leave, but not wanting to be seen. I introduced myself, and Abigail, and explained where we lived- in fact, quite close!, and stated that I had a strange request. Was that indeed a persimmon tree on the corner of their yard, and if they weren't going to be used, may we have a few? 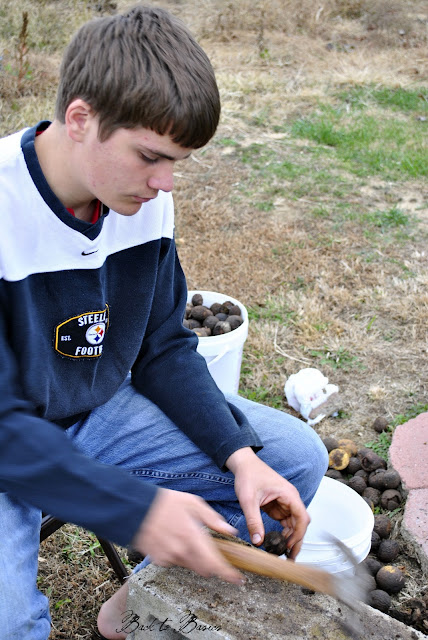 Friends are sometimes quickly made, and we were invited in to view the kitchen. He thought we would enjoy it. We entered the home, and were greeted by yet another woman, the man's wife. The first woman had been his sister-in-law. Before long we were talking of yesterday's election, my husband's employment, and the man's retirement from the Air Force. After 30 minutes or so had passed, we were given leave to freely take of the persimmons, and were told to come back to gather the pine cones that rained freely over the backyard. We promised to return another day. 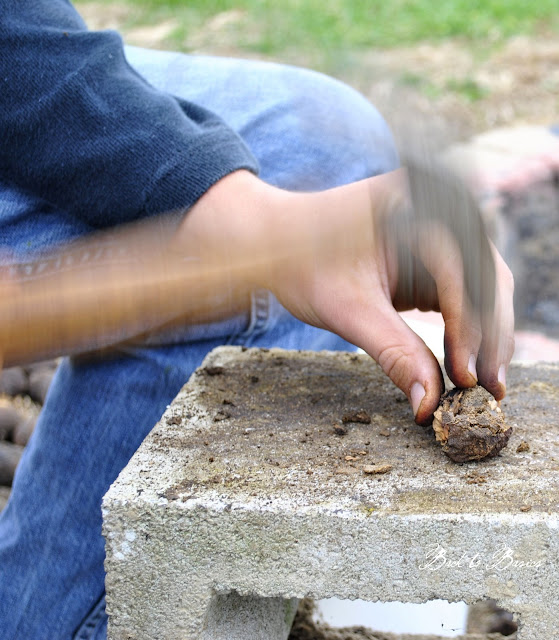 The previous day we met friends to gather walnuts that were scattered over a yard. Collin has been busy removing the hulls. We'll then allow the shells to dry a bit before cracking them to remove the meats. It's understood that I can use as many of the walnuts as I desire, but if any are sold, the profits will go to Collin because he worked hard on them. 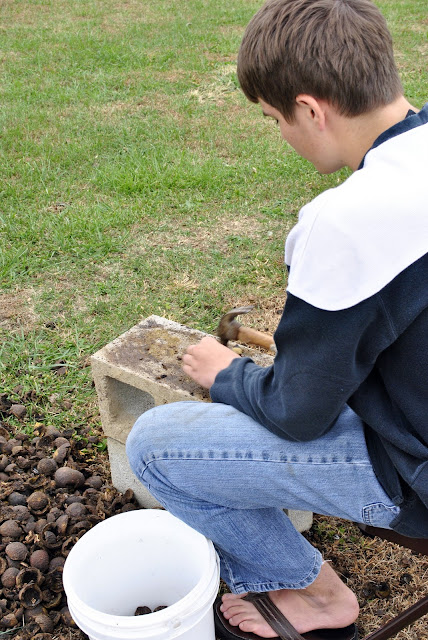 God's provision certainly doesn't end when summer does.
Posted by Tracy at 2:24 PM

I wish I had a source for persimmons - I'm curious about them.

We have a walnut tree and the squirrels get most of them. I remember my grandmother with her hammer in her cement floor, all winter long, working at those walnuts. Good for Collin for working so hard!

There used to be a persimmon tree in our old neighborhood, we were kids and had never tasted them before. Everytime I hear the word persimmon I remember beinging coaxed into tasting one before they were ready but I did not know they weren't ready. OMG you puckered up and it was terribly bitter. Needless to say, bad memories. haha Paula

I tried to post this comment last night while Tim and I were on a date to Panera...

Tell Collin that we have a lot of Black Walnuts...he can come and get them, if he wants! :) I know he is wanting to buy camera equipment!

Our next door neighbors have a walnut tree and my mom use to spend hours cracking walnuts . Brings back memories .

Yay! You got some persimmons!