Adding to the Flock 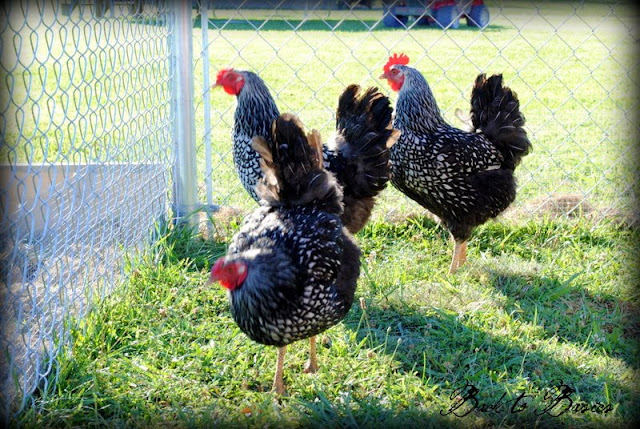 It's been a busy week, and that's an understatement. Canning green beans (which took all night), canning jams, and baking for the farmers' market has left with me not a minute to spare. God has given me the strength to get through, but I'm finding myself feeling grouchy and irritable. Not good, so I took a long nap this afternoon.
When we ordered our chickens in the spring, I chose the varieties for their friendliness with people, how docile they were toward other chickens and the amount and size of eggs they laid. I also wanted to get them all at the same time, which limited what I could buy. We ended up with Rhode Island Reds, Buff Orpingtons, and Easter Eggers. I would have loved to have bought a few Silver Laced Wyandottes, but they weren't going to be available until later, and so I didn't.
I recently mentioned to a friend at the farmers' market that I would like to have a few of the Wyandottes and he said a friend had just called him the day before and told him that he had some to sell. Arrangements were made, and I bought four new hens this week. These ladies are already laying, and it has been such a thrill for all of us to head to the coop a few times a day to find eggs. They're such pretty ladies, too. Their names? Sylvia, Lacy, Wynnie, and Dotty. 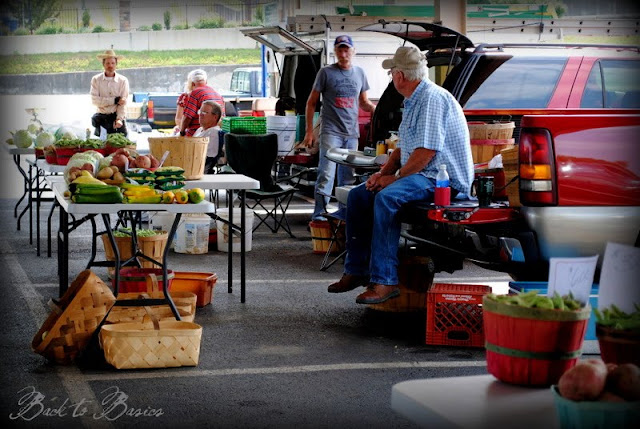 The farmers' market has been such a blessing to me. We've lived in this town for six years now and I'm finally beginning to feel more like a part of the community. At nearly 40, I'm the youngest regular vendor to set up, and the old-timers have been so kind, taking me under their proverbial wings and showing me the ropes. 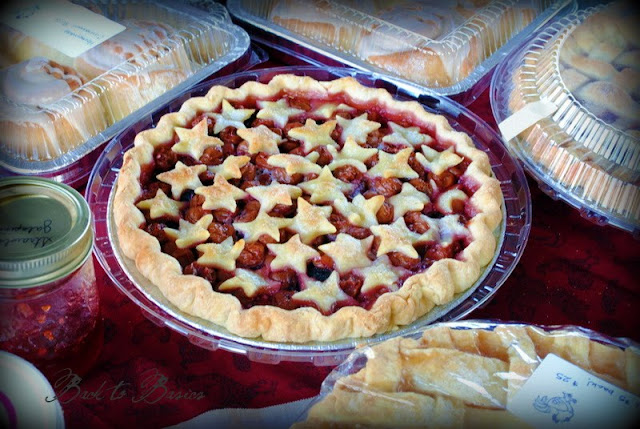 I'm baking more than I ever have, and enjoying every minute of it.
Posted by Tracy at 3:49 PM

How exciting for you! Farmers are usually great people to be around. :)
When too much is going on at once or I have so much to do that I'm not sure it's going to get done, I get grumpy too. I think it's a sign that we've over extended ourselves and we just need a restful break to refresh ourselves.
Hope you had a great 4th! We spent ours quietly.

Yay for naps... I should have but didn't. The farmers market looks really neat! Glad you are enjoying it!

I used to work at the Farmers Market in the Strip District in Pittsburgh...my job was not as sweet as yours--(I cut up chickens...charming, right?) Anyhow...I would love to frequent your farm stand...wish we lived closer!

I love how the Lord has opened a few new doors for you Tracy... it seems like you have entered into a new chapter in your life, and that is wonderful.

If I lived closer, I would love to buy your goodies from the Farmer's Market ;)

Ps. your new chickens are so pretty!

Sounds like you're having a lot of fun with all of this :o)