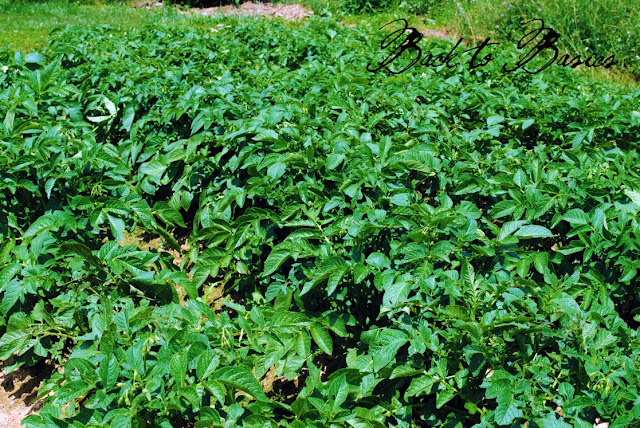 Yesterday's picture of the potato plants was taken on May 16. The above photo is ten short days later. Potatoes grow fast, and yes, we have covered them. They just keep growing! At first glance, everything looks great, but upon closer inspection there's a definite problem. 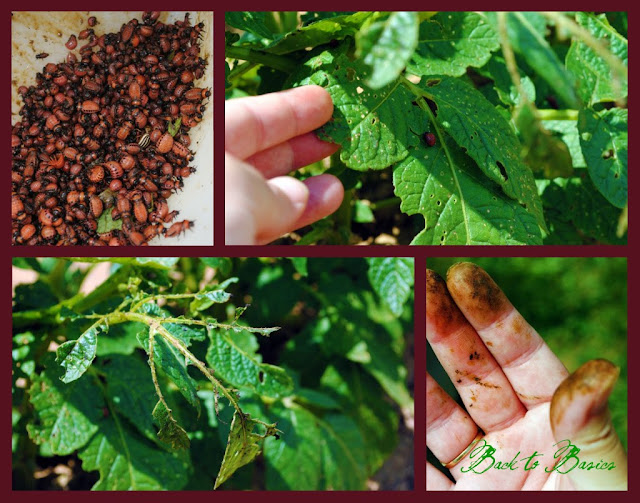 The Colorado Potato Beetle can devastate a potato crop in just a few short days. The insecticidal soap doesn't seem to have deterred them at all, and so my youngest two helpers and I hit the rows this morning. We carefully hand picked what appeared to be mostly larvae off of each plant. Gardening isn't glamorous, and it certainly isn't for the squeamish. 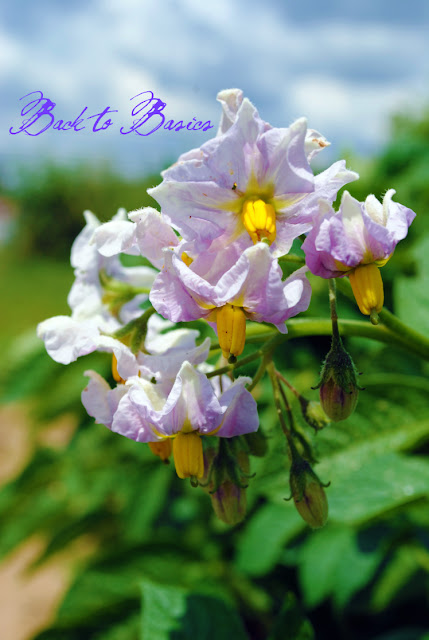 Thankfully, there were pretty little potato blossoms to cheer us while we worked in the hot sun.
Posted by Tracy at 2:33 PM

Vickie West says you can take those bugs and blend them up and squirt them back on the plants to deter the other bugs from munching...gross, but might be worth a try?

Farming and gardening ain't for the faint-hearted! ;o) Snakes sometimes slither across my patio toward the garden. Ick. I don't like snakes. I can handle bugs a little better, but not much.
Hope you got them all.

Oh, Tracy - I do hope you're successful in your bug "squooshing" endeavors. I know it is awfully frustrating when everything starts out looking so lush and green and then the battle with the pests sets in.