I've visited the farmer's market no less than three times this past week. It's early in the season, and the offerings are slim, but I had a look around early in the week. After I left empty-handed, I kicked myself for not buying a few things that I had seen.
Two days later, back I went. This time I bought a small sampling from one vendor. Cutting celery,and Swiss chard to be planted. I had seen her selling kale earlier in the week, and inquired about it. She assured me that she would bring it on Saturday. 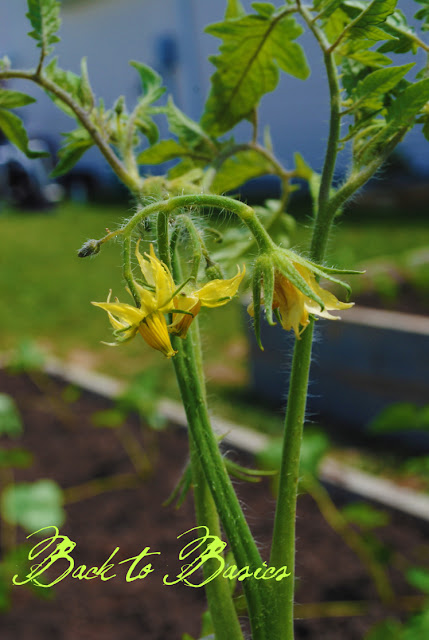 Saturday morning rolled around, and I once again entered the parking lot where the vendors set up. (I love that our small town has a farmer's market several times a week!) The lot was a bit busier than it had been earlier in the week. The first thing Abigail and I looked at were plants. I had yet to buy tomatoes and peppers, and I hit the jackpot this day. I loved that the vendor was eager to help me. She pulled out a catalog to show me photos and let me read descriptions of the plants before I made my decisions.
I bought two red Brandywines, a Paul Robeson, White Queen, German Queen, Pineapple, an Early Girl, Aunt Ginny Purple, a Beefsteak, and 6 Romas. I also bought orange, yellow, and green pepper plants.
Moving along to the other vendors, I bought two huge bags full of mustard greens and had a lively conversation with the gentleman selling them. I'd never cooked them before, and was asking for tips. He was quite amusing.
I bought two quarts of strawberries from an elderly gentleman whom I had seen sitting there on all three trips. They were pricier than the berries I bought from my friends, but I wanted to support this man, too. That's the thing about living in a small town, isn't it?
I talked with an older woman peddling homemade jams and jellies, but didn't buy any. I hated to disappoint her, but I had my own fresh jam still sitting in jars on the counter. As I turned from the jam lady, I noticed a gentleman with a cooler in the back of his truck. My curiosity was piqued, and I walked over. He was selling lamb. We talked at length, and he described his farm to me. Although I've never liked lamb, I bought chops for our evening meal. I knew my husband would be ecstatic. Truthfully, as much as I dislike lamb, I was looking forward to the meal of local meat.
Finally, I made it back to the gal selling kale. She remembered to bring it for me, and I snatched it up along with two cherry tomato plants, and a bag of beautiful cut salad. 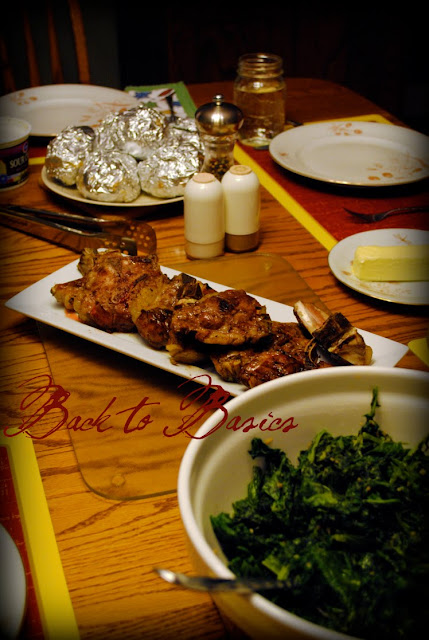 The rain moved in during the afternoon, and we worked in it anyway. We built a raised bed lasagna garden and planted as much as we could, determining that we needed another one. The children pitched in making supper, one making the potatoes, one braising the mustard greens, and one grilling the lamb chops. Turns out the girls are like me and didn't care much for the lamb, while the guys followed in their dad's footsteps and were thrilled with it.
Posted by Tracy at 8:00 AM

Oh how lovely. I use to sell every weekend at the Farmer's Market items from our farm and loved visited and chatting with people.
Patricia

As a child I ate lamb. Lots of lamb. Know the scene in Big Fat Greek Wedding where a fresh lamb is brought in the house? Yeah well. I don't eat lamb anymore. Nope. So I'm with you and your girls. But I could make a meal out of mustard greens and a baked potato. Yes indeed. :o)